Tabcorp and Tatts announced plans to merge more than a year a go and as we have watched the deal unfold, several changes to the industry have occurred.

From new gambling reforms for corporate bookmakers to new deals which Tabcorp has attempted to disrupt, we have compiled a timeline detailing how we got to this point and some of the events that have happened along the way of the biggest gamblign merger in Australia. 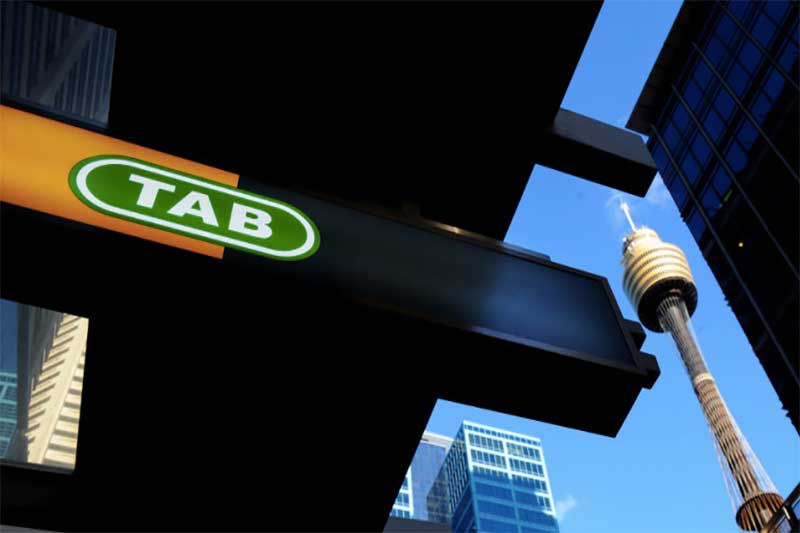 In the media release, published by both companies, Tabcorp and Tatts state that the merged entity will be “a world-class, diversified gambling entertainment group” with a value of $11.3 billion.

The companies also state that the deal would provide a long list of benefits for stakeholders and estimate that at least $50 million per year would be injected into the Australian racing industry.

Under the terms of the deal, Tatts shareholders would receive 0.80 Tabcorp shares plus 42.5 cents cash for each Tatts share held.

The Interactive Gambling Amendment Bill 2016 is introduced to the House of Representatives by the Minister for Human Services, Alan Tudge. The legislation targets both corporate bookmakers and offshore online casinos.

Online sites such as BetEasy and Sportsbet are blindsided with the new reforms which ban live in-play betting.

These corporate bookmakers, which operate online only, derive a large percentage of revenue from these features, and the ban would hinder their profits in an already competitive market.

Other reforms including penalties for offshore operators which accept Australians, causes a stir in the gambling industry.

Tatts announces that four financial investors known as the Pacific Consortium have entered a combined bid to challenge Tabcorp’s offer.

Made up of members from Macquarie Corporate Holdings, First State Superannuation Scheme, Morgan Stanley Infrastructure and North Haven Infrastructure Partners II, the consortium offers to acquire 100 percent of the business for $4.21 per share.

The offer is made on a number of assumptions including that Tatts will renew its Victorian lottery licence, as well as the overall performance of Tatts lottery division.

Tatts announces that the Tabcorp offer is superior to the Pacific Consortium offer. The lottery and wagering retail operator states in a media release that it assessed the proposal and found that it predicted several key assumptions which were either incorrect, or unknown. These included FY17 Lottery EBITDA, the current net debt, the Victorian license renewal, the allocation of corporate overheads, and the impact of separating wagering and gaming co.

The gambling giant believes that even if the Consortium revised these key assumptions, the total value offered is not superior to the proposed Tabcorp offer.

Corporate bookmaker CrownBet announces a 10-year deal with ClubsNSW. Club owners which participate will receive commission for every punter who signs up to CrownBet via the app in the venue.

Additionally, machines which allow CrownBet punters to withdraw cash directly from their accounts are to be rolled out in participating venues.

The retail-digital deal is the first of its kind, giving the online betting site an entry into the retail market.

The House of Representatives reads the IGA Bill 2016 for the second time. Politicians discuss several topics including whether the bill should include additional amendments to reduce gambling advertising during live sporting events. While the introduction of said amendments fails the bill passes and it is sent to the Senate.

Tabcorp CEO, David Attenborough, pens a letter addressed to the 1200 NSW club owners, warning them that they could be breaching the Unlawful Gambling Act 1998 if they sign on with CrownBet.

The ACCC releases its statement of issues on the proposed merger after examining the potential impacts.

“The ACCC has consulted extensively with industry participants within the racing, wagering, and gaming industries. The matter raises complex competition issues in a range of different areas, and industry participants have provided many differing views, all of which we will need to examine in greater detail,” ACCC Chairman, Rod Sims, says in the statement.

The ACCC recommends Tabcorp sell off its Queensland electronic gaming machine business, Odyssey, to reduce competition concerns in the state.

In summary, the ACCC states that there are a few competition concerns which should be addressed before the deal is approved.

Tabcorp announces that it is bypassing the traditional regulatory approval process with the ACCC and going directly to the Australian Competition Tribunal.

The wagering company highlights that the ACCC is an informal regulatory process and that the Tribunal applies a different test which can take the public benefits of the deal into account.

The Senate debates the IGA Bill 2016, with several Senators introducing secondary amendments including Senator Deborah O’Neil. She wants to amend the legislation to ban sports betting ads during live sporting events. While the secondary amendment fails, along with several others, an amendment to ban online bookmakers from offering lines of credit to punters passes.

The bill is sent back to the House of Representatives for concurrence.

CrownBet, Racing.com, and Racing Victoria lodge applications to intervene in the Tabcorp-Tatts hearing.

Tabcorp announces it has secured a five-year deal with the Australian Hotels Association NSW. The deal, which mirrors the CrownBet-ClubsNSW partnership, will see new TVs and betting machines, as well as commission for bets placed in participating venues through Tabcorp’s smartphone app. Participating venue owners will get 1.8 percent commission on every bet placed via the app.

Tabcorp announces that it will sell off Odyssey if the Tatts deal gets the green light. The company details that the divesture of the business is conditional to the ACCC or Tribunal approving the deal.

Pacific Consortium enters a revised all cash-offer following its failed bid in 2016. Tatts reveals it will be assessing the new offer which leaves industry insiders speculating over whether it will knock out the Tabcorp bid.

The Tribunal hearing for the Tabcorp-Tatts merger commences in Melbourne. The ACCC opens the hearing, run by Federal Court Judge, John Middleton. The watchdog’s counsel argues that Tabcorp would become the dominant wagering provider in Australia if the deal is approved, weakening competition.

Counsels for Tabcorp and Tatts argues that corporate bookmakers hold a significant market share, while retail wagering is declining.

The first day of the hearing also addresses racing vision rights and counsel for Sportsbet argues the tie-up would result in a media lockdown.

The Tribunal orders Tabcorp’s CEO, David Attenborough, to hand over sensitive board papers. The documents, which will not be released to the public, include a three-year plan approved by the board last year as well as the company’s monthly results of its wagering sector.

The hearing reveals that Tabcorp may be looking into implement ‘Project Alfred’ when the Spring Carnival roles around. The project works by charging punters more on the weekends and returning odds back to normal during the week. The court hears that this would generate $2-3 million in extra profits for Tabcorp.

The hearing also unveils reports Tabcorp is using, or looking to use, a software program called Longitude which manages tote pools by converting smaller tote pools into bigger ones to enhance liquidity.

CrownBet files Supreme Court application to speed up the regulatory approval process of its ClubNSW deal.

The corporate bookmaker believes it will clear up any legality issues surrounding the partnership.

Tatts wins the right to conduct authorised public lotteries in Victoria for 10 years. The license, which commences on July 1, 2018 and runs until June 30, 2028 allows Tatts to sell its popular lottery games including Powerball and Oz Lotto, as well as scratch cards.

The 14-day hearing wraps up and the ACCC formally advises against approving the deal. The Counsel for ACCC argues that the benefits are “inherently implausible” and “speculative”.

Tabcorp argued during the hearing that the merger would provide public benefits and cost savings, while also injecting competition into the highly competitive wagering market.

Tabcorp has said during the three-week legal battle that the merger would create synergies and in turn public benefits, while allowing for competition in the highly competitive wagering market.

The ACCC counters these arguments in its closing submission and says if the deal is approved it should include media rights conditions. The watchdog also says Tabcorp must still offer Sky Racing to 20 key pubs and clubs even if a dispute arises.

Racing.com requests reprieve in its closing statement, since it believes Sky Racing vision would be removed from states which sign with Racing.com.

Tabcorp closes the hearing by telling the Tribunal the company has plans to officially offload Odyssey and that the two companies merging is complimentary in nature.

The Tribunal releases a notice that the verdict deadline for the Tabcorp-Tatts merger decision will now be September 10. The competition watchdog includes a note that the decision could be delivered earlier, with the original date set for June 13.

Several media outlets speculate the deal terms, including whether Tabcorp will have to sell of its Sky racing broadcasting business in order to be approved.

The Tribunal approves the Tabcorp and Tatts $11.3 billion merger, despite the ACCC formally advising against it.
The only condition the Tribunal imposes is that Tabcorp has to continue with the sale of Odyssey.

Racing Victoria releases a statement, detailing its disappointment with the decision.

The ACCC lodges an appeal to the Federal Court, claiming the Tribunal erred in its judgement when it approved the Tabcorp-Tatts deal.

The ACCC claims the Tribunal made three reviewable errors, including that the Tribunal incorrectly concluded the merged enterprise would not weaken competition.

The case is now awaiting review by the Federal Court.

The Senate receives the IGA Bill 2016 with revised secondary amendments and approves the bill. The bill is on its way to receive Royal Assent.

The IGA Bill 2016 receives Assent and will come into effect in 28 days.

A full Federal Court announces that the appeal of the Tabcorp-Tatts deal approval is upheld. The case will now go back to the Tribunal for further review.

The ACCC lodges an application to the Tribunal, calling for a fresh hearing. In it’s submission, the ACCC states that the tribunal has run out of time to review the Tabcorp-Tatts case as it has a six month time frame to make a decision.

The ACCC also supports CrownBet’s request that the Tribunal should review fresh evidence which has occurred since the hearing concluded in June.

Tabcorp states in its submission that the Tribunal should make its decision on the court filings, without the need for another hearing.

The Tribunal meet for a directions meeting to discuss the next move, and announce a dual-track hearing of the Tabcorp-Tatts merger on October 24. The Tribunal will hear both the original application and the new evidence which has been presented since the conclusion of the last hearing.

The Supreme Court rejects the partnership between CrownBet and ClubsNSW. However, since the ruling did not address legality issues, a CrownBet company spokesperson stated that the will company will review the reasoning behind the court’s decision.

“We will consider the decision fully before making any further comment,” the spokesperson said.

The Tribunal approves the Tabcorp-Tatts merger for a second time. No extra conditions have been included, with the initial stipulation that the divestment of Tabcorp’s Odyssey business continues to take place.

Tatts shareholders are expected to vote on the merger on November 30, following the release of the tribunal’s full determination on November 22.

Tabcorp enters into an agreement with CrownBet to supply its Sky Racing channels, SKY1 and SKY2. CrownBet agrees not to appeal the Tribunal’s decision and will avoid any action which could impede the deal’s implementation.

CrownBet agrees not to drop the NSW Supreme Court case regarding the ClubsNSW deal.

ACCC announces it will not challenge the Tribunal’s decision to authorise the Tabcorp-Tatts merger.

Tabcorp announces it has completed the divestment of its Queensland poker machine business, Odyssey. It was the only requirement that needed to be completed to secure the Tabcorp-Tatts merger.

The ACCC agreed to a variation related to minor amendments to the Approved Sale and Purchase Agreements included with the undertaking. Both Tabcorp and ANH waived the proposed merger becoming effective to allow for the transfer of the business prior to the Christmas break.