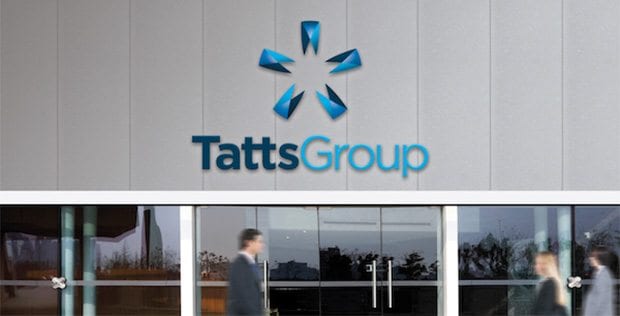 THE rival bid from Pacific Consortium to trump the already-agreed-upon deal between Tabcorp and Tatts has been scuppered by the lottery giant after the board delivered an unfavorable review of their offer.

The decision to reject the Pacific Consortium’s rival bid was based on projections that Tatts deemed to be unrealistic going forward.

In a statement released on Friday, Tatts said the consortium’s bid “is predicated on a number of key assumptions that are either incorrect, inconsistent with Tatts’ current expectations or unknown, and Tatts is unable to assess what impact, if any, these factors might have on the terms and conditions of the indicative proposal.”

The statement went on to say that although the consortium’s bid was close to $1 a share better, the offer from Tabcorp was in the best interests of the company – maintaining the line they have used throughout the process.

“Even if the Pacific Consortium were to update its key assumptions with no consequential impact on its key terms and conditions, the Tatts board would still make the same determination, given Tatts believes the total value offered is not superior to the proposed Tabcorp merger.”

The Tatts board’s biggest concerns were around their wagering sector, an area that the consortium said they were going to on-sell to the highest bidder, which potentially could have been Tabcorp.

Tatts chairman Harry Boon said the company has not received any genuine offers in the last two years for either their wagering or gaming arm, which makes the company believe the potential to sell off the wagering side could be a futile one.

Pacific Consortium’s acquisition ambitions are not dead yet

After the emphatic rejection of the Pacific Consortium’s bid for Tatts, you could be forgiven for thinking the Tabcorp merger is now inevitable, but members of the consortium are no strangers to business endeavours and will no doubt have a secondary plan in mind.

Due to licensing laws in Australia that are going to impact the ability of overseas companies operating within the country’s borders, there should be no shortage of investors looking to acquire the wagering sector of Tatts.

The key it seems is finding a company that is prepared to lock themselves in.

William Hill and Paddy Power (owner of Australia’s Sportsbet.com.au) are both believed to be interested in securing the wagering arm but there has been no firm offer from either company.

Tatts also raised issues around the value of debt, assumptions around the Victorian lotteries licence renewal and corporate overheads.

It says the impact of separating wagering and gaming would result in $75 million in one-off costs and $12.5 million in ongoing annual costs.

Our take – Is Tatts sticking with Tabcorp out of loyalty or spite?

When the news dropped that Tatts would reject the Pacific Consortium’s bid we were truly flabbergasted.

The rival bid on Tabcorp’s comparatively meagre offer seemed like the logical way to go, even with the uncertainty surrounding the potential sale of the wagering sector of the company.

The line that Tatts does not believe there is any real buyers around for the company does not fly with us, and the issue of selling the wagering arm seems like a formality to our eyes, so we are wondering what the real issue is.

Experts believe Tabcorp are getting a grossly undervalued deal on Tatts, which lends us to believe the Pacific Consortium will come back and offer a substantially better deal than the one that is already tabled and potentially they will do so with a guaranteed buyer for the wagering arm.

Tatts has tried to talk down business projections to justify sticking with the original Tabcorp merger offer. The motives behind this are unclear, but if it is an attempt to get the consortium to up their deal it is a dangerous game they are playing.

In reality, Pacific Consortium is paying almost $1 a share more. If Tatts truly are acting in the ‘best interests’ of shareholders they will try and extract a better deal out of Tabcorp or truly consider the inevitable second bid.