The Adelaide Strikers came from the clouds in 2017/18 to win their first T20 Big Bash League title. They haven’t quite reached those heights again since, but big things are expected of Jason Gillespie’s squad this time around.

About the Adelaide Strikers 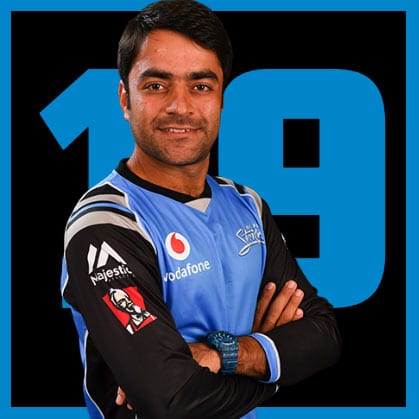 Rashid Khan
Everyone’s favourite Afghani spinner returns to the City of Churches for his fourth consecutive season in the Big Bash League. Rashid has taken 56 BBL wickets at 17.66 and will only improve on that record this summer.

Phil Salt
Born in Wales and groomed in Sussex, Salt is an aggressive right-handed batsman who delivered more than a few highlights in his maiden BBL campaign. If he can step it up a notch this summer, an England call-up might well be on the cards.

Matthew Renshaw
Once dubbed Australia’s next great Test opener, Renshaw now finds himself at something of a crossroads despite at only 24 years of age. He was something of a spare-parts player at the Brisbane Heat, so it will be interesting to see how the Strikers use him.

The Strikers are well liked in the Big Bash outright betting, with most bookies rating only the Melbourne Stars and Sydney Sixers above them. The question is how they will fare once their stars depart for international duty.

Top batsman odds
It is impossible to overlook Alex Carey and Travis Head in the Adelaide batting ranks, but their international obligations might hinder their BBL scoring opportunities. The likes of Jake Weatherald and Phil Salt are still uncapped by their respective countries, so they should play out most of the season.

Top bowler betting
Rashid Khan has been nothing short of brilliant since joining the Strikers two summers ago. Another big year from the Afghani spinner – who is also very handy with the bat – will put Adelaide right in the mix again. Even if he plays only 10 games, he’ll be there or thereabouts.

The biggest trouble with this XI is trying to pick between all the excellent wicketkeepers that have graced the Adelaide Oval in recent years. Ben Dunk had one outstanding season with the Strikers, and Tim Ludeman was a good servant for many years, but Alex Carey wins out on sheer weight of runs. The middle order was tricky to pick, while it was impossible to fit in all the fine bowlers that have played for the Strikers. Honourable mentions to Michael Klinger, Kane Richardson and Adil Rashid.