AUSTRALIANS are spoilt for choice when it comes to the best betting apps for sport and racing events, with most of the corporate bookies boasting outstanding downloadable applications for both smartphone and tablet. Click the relevant link to download corresponding betting app in Australia:

Without a peer in Australian betting, Sportsbet’s apps are market leaders worldwide. The Android and iOS apps both have some unique features, while there are constantly updates being rolled out by the betting company. You can read our Sportsbet review, or find out more about the Android app.

Backed by giant gambling company The Stars Group, BetEasy has had more name changes than Puff Daddy, but one thing has remained constant — they have a quality product. Available on both Android and iOS devices, BetEasy is easily one of the best betting apps for Aussies. You can read more about the BetEasy app or read our full BetEasy mobile review.

One of the most well-known gambling brands in the world, Bet365 has got a great Android and iOS app available to Australians. Unfortunately Aussies can’t use the online casino and poker gambling services this company also has, but there is an unparalleled selection of global betting markets. The apps are probably not as beautified as some other AU options but they do everything you could possibly want. Read our Bet365 mobile review. 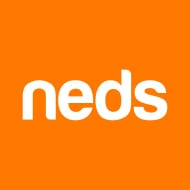 The newest of our top betting apps, Neds has created quite a splash since entering the Australian gambling landscape. Neds has some great features available via their Android and iOS apps, with the Neds Toolbox probably the highlight. In short the Neds Toolbox gives you promotional betting tools and offers to help you win while punting. You can read more about the Neds apps here, or read our Neds mobile review.

Another company that has a big global presence, Unibet has got functional apps for both iOS and Android devices, with their bread and butter generally being horse racing, European and English soccer. The Unibet apps are available to download directly from the bookie if you are using a Samsung phone, while you can download the iOS version directly from the Apple App store, but we recommend making a new account first. Read our Unibet mobile review for further information.

With mobile communication and browsing definitely the future and the now, Australian sports betting companies are spending plenty of money upgrading their apps. Most of Australia’s biggest online betting shops have got both Android and Apple apps available for their customers, while they ALL have websites accessible and responsive via mobile. The three types of apps Australians can access via their handsets are:

Samsung, Google, Sony and Pixel are just some of the brand names that run off the Android operating system. The best thing about Android apps is that they are downloadable from the Google Play store, plus they can be downloaded directly from the sources as well — you just need to have turned on non-market apps. Basically Android users have significantly more freedom than Apple users.

iOS is the operating system that powers Apple phones, and while there has been some knockoff phones on the market, we are purely talking about Apple phones on this page. The difference between Apple and Android betting apps, is that the iOS apps can only be downloaded from the Apple store — and are not available directly from the sources. Basically if you don’t have an Apple account and iPhone or iPad you won’t be able to download Australian betting apps.

Are you a regular bettor but don’t have a Android or iOS phone, but you do have a smartphone? Your answer is to create a web app, which is essentially just a shortcut on the desktop of your device’s homepage, which allows you to load the chosen bookie’s mobile website, basically instantly.

There are many payment methods available at Australian betting sites, and their respective apps generally have the same deposit options available. For instance the most common ways to fund your betting accounts include credit and debit cards and payment processors like POLi.

Some of the common payment options you will find at online bookmakers in Australia include:

The best betting app in Australia is provided by Unibet. If you wish to launch a legal, risk-free sport betting mobile app like Unibet. Try it Fantasy Sports Tech. Whatsapp: +918667073700, Skype: live:.cid.7cac77c78de24172