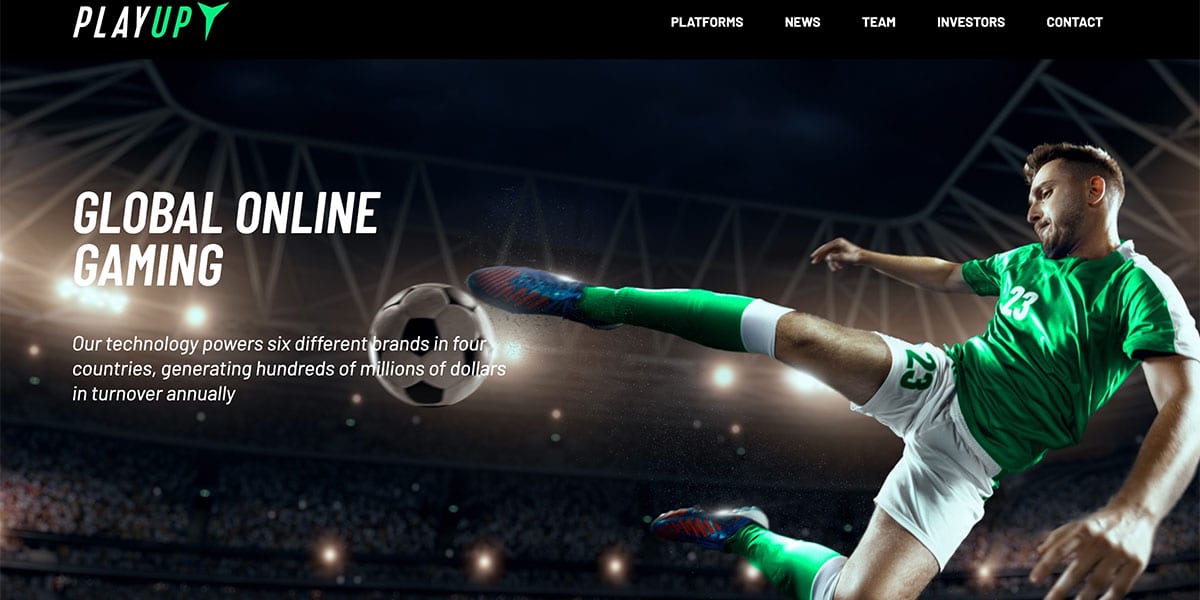 PlayUp is a well-established Australian-owned online bookmaker with a good reputation among punters for their horse racing and sports betting. PlayUp.com.au has got a NT license, which means they are allowed to accept punters from all Australian states and territories. The PlayUp sign up bonus has been outlawed down under, because of local laws, however they do run ongoing promotions surrounding major sport and racing events. The PlayUp apps are also worth checking out, with this the most popular way to access the bookie via mobile. Our PlayUp review will run you through all aspects of this online betting company, including the PlayUp sign up bonus, PlayUp sports betting, PlayUp racing, PlayUp payments and of-course our unbiased opinion. 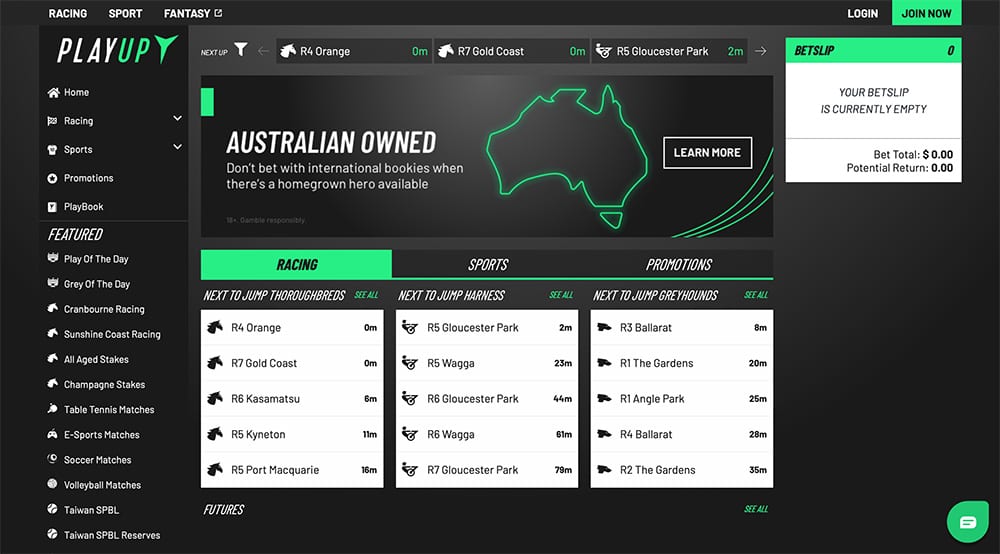 PlayUp.com.au is a bookmaker based out of the New South Wales coastal town of Newcastle.

Our PlayUp review will highlight the growing Australian betting company which began operating in Australia following an amalgamation between Topbetta, Madbookie and ClassicBet.

When still operating as Topbetta, PlayUp was awarded a sports betting license in the Northern Territory in August of 2016.

Aside from all the sports and horse racing markets, the selling point that separates PlayUP from its rival online bookmakers is its outstanding fantasy sports product and tournaments — but more about them later.

Participants are given fantasy money to wager with the aim of accruing the highest profit.

PlayUp markets itself as being the world’s first social betting platform, given its members compete against each other rather than take on the bookmaker.

We took a look at one of Australia’s newest bookmakers to determine whether their unique product is worth signing up for, or if it is just another cheap gimmick.

The PlayUp sign up bonus has been banned under the Australia bonus bet ban, and we will update the bonus section of this article when this changes. PlayUp bonus offers have previously been awesome!

The tournament feature at PlayUp is simple to use and fun for those who want to make a small investment for a huge prize pool.

In racing, punters can pay a certain ‘buy-in’ amount, and are given Bettabucks, which are basically fantasy dollars to invest on a certain card.

Punters then have to invest their money on runners to try and make the most virtual dollars by the end of the card.

The same process exists for sports, where punters are given money to punt on a particular sport they want to invest on and it is their job to turn that into an amount that will beat their competitors.

The tournament feature gets a big tick from us – it is unique and offers those who would rather win a prize pool of money rather than investing on individual markets a different option.

One of the first things you will notice when you head over to PlayUp sports betting is that there is a timer on the top left hand corner that counts the amount of time you have been on the site for.

Along the top customers can find the tournament, racing, sport and blog hubs. One click on either of these sections will take you to a new page which will display the markets.

The PlayUp betting site uses white, black, orange and grey as their man colours, which gives the site a distinctive look while also making it clear what the different markets are.

At the time of our last PlayUp review update, they had upwards of 100 different sports to bet on, while we lost count at over 1000 different leagues. Basically, if there is a professional sports taking place around the world, you will be able to bet on it at PlayUp.

Some of the key sports at PlayUp betting include domestic staples like the AFL, NRL and A-League. Because these have so much betting interest around them they have more markets and often more promotions surrounding them. For instance, PlayUp often runs promotions surrounding AFL line betting, with customers able to claim boosted odds on select lines.

We also found, while updating our PlayUp sports review, that they had drastically improved their depth of international markets, on things like the EPL, NBA and Major League Baseball. Previously we had said that this was an area they needed to improve in, so it was nice to see a smaller betting site continuing to up the ante in their efforts to match the big dogs.

Unlike other sites, PlayUp horse racing has all three racing types displayed on the left hand side of the page and are split by the event.

Clicking on a particular race will bring up all the information on the race and runner, including jockey, form and the colours – something that all bookmakers should offer but not all do. We found this to be pleasing when writing our PlayUp racing review.

Clicking on a runner will bring up the bet ticket which is huge and gives the prospective punter no illusions as to what they are betting on and how much they are investing.

On the screen, all races on the card are displayed, with the results taking the place of the time until the race kicks off once the event has finished – this provides punters with an easy to read guide if they are coming to the site to check on a result.

Horse racing markets at PlayUp include Australian and New Zealand racing, while punters who want to have a late night bet on the UK or South African races will also have the option that option to do so. We have also seen extensive horse racing markets for German, USA, French and Swedish events at PlayUp.

The Sports section is much the same, providing all your options on the left hand side.

At the top of the sports area you will find the events that are just about to start, which when clicked on take punters to an easy to navigate screen which allows customers to put together a multi easily or

As of August 2016 live betting is not an option that PlayUP offer.

PlayUp mobile is available to Australians, with it possible to bet via both their instant-play website and their mobile apps. The PlayUp apps are available for both Android and iOS smartphones and tablets, although you will have to sign up before making the download.

We found while writing our PlayUp mobile review, that all of the wagering markets, for both sports betting and horse racing were available on mobile. This was mirrored across all mobile platforms, while we even found the layout on mobile (particularly the bet slip) to be much more user friendly on the smaller screen.

This PlayUp review originally stated that the PlayUp iOS app had been withdrawn, but this is now rectified and it is available across all platforms.

Basically, if you are looking for a mobile bookmaker, PlayUp is a good option even if you choose not to download their apps.

Punters who want to open a new account at PlayUp have a number of deposit options, which will largely be familiar to Australians. PlayUp payment options include things like credit and debit cards, web wallets and Aussie payment services like BPAY, which let you fund your account like you are playing a bill.

The banking options at PlayUp include:

As for withdrawals, PlayUp offers their customers speedy withdrawals of their funds which means there is less time waiting around for money to appear in your account compared to the other bookmakers.

PlayUp’s customer service operates seven days 24 hours a day and in our experiences testing for this PlayUp review, they can answer any questions you might have about the sports betting, horse racing or services.

When writing our PlayUp review we quickly realised that they are a promising betting company. Now that they have been online for several years, PlayUp betting has developed a strong reputation among punters. PlayUp’s promotions are among the best in the Business and customers tend to keep betting there, which is a good sign. PlayUp started out without betting apps, but this has now changed, which is a blessing for mobile punters. Overall PlayUp is a strong addition to the Australian betting landscape and we have no hesitation in recommending them as a safe place to wager.