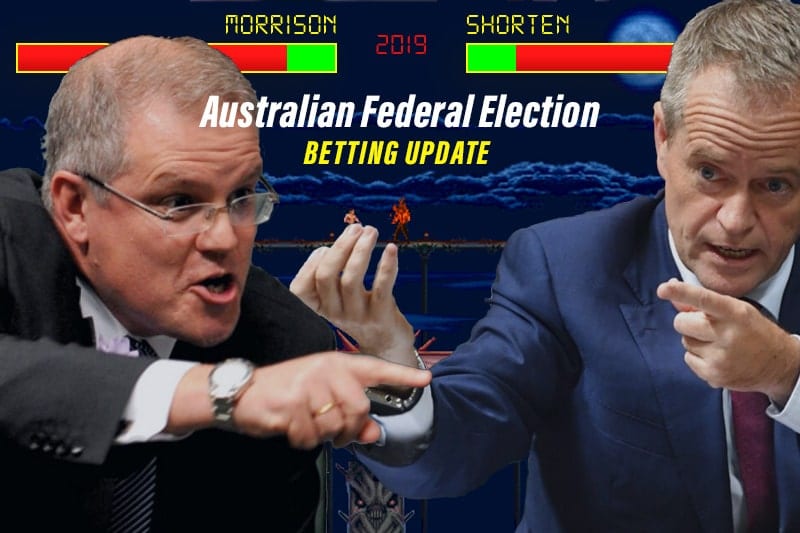 AFTER months of diminishing poll numbers and forecasts of fast-approaching doom, the Scott Morrison-led coalition Government has had a small jump in polls and improved in key election betting markets.

With 19 days left before the May 18 Australian federal election, a News Poll has shown the gap between the Government and its Labor Party opposition narrowing.

READ: Make your election novelty bets a winner with our comprehensive guide

The Bill Shorten-led Labor party is ahead on a two-party poll 51-49, representing a one-point swing in favour of Scott Morrison. However, if those numbers hold, it would still spell doom for the Coalition.

Shorten and Morrison are set to meet tonight in Western Australia for the first of three televised debates, which could shift opinions and betting further.

They’re still well behind on almost every metric political pundits can use, but the Coalition will welcome the recent poll numbers, which show that Morrison has been able to at the very least, stem some of the bleeding his party has experienced around the nation since the ousting of former PM Malcolm Turnbull.

Neither party has had any major slip-ups in the first 17 days of official campaigning.

The Liberal Party has successfully brokered a preference deal with billionaire Clive Palmer, which has given a small boost to its chances, given Palmer has spent $50 million of his own money on advertising and generated surprising poll numbers in his favour.

But, for the Coalition, the reality remains — with 19 days to go until the election, it is still a big underdog in betting. If anything, these odds could represent an opportunity for Labor punters to get a better price.

Nothing in politics is certain — especially in modern times, given the upset victories of Donald Trump in the US and Brexit in the UK.