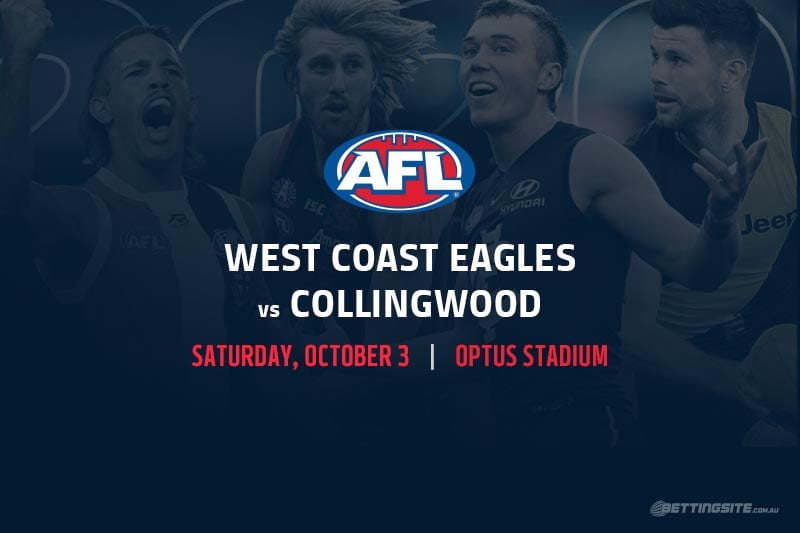 Two of those recent meetings took place in the 2018 finals series, which concluded with the Eagles edging a thriller in the AFL Grand Final.

Up to 10 changes could be made at selection between the two sides depending who does and doesn’t come up at training during the week.

Chris Mayne is racing to prove his fitness for the Magpies, while wildcard Brayden Sier could receive an unexpected call-up if his quad is ready to go.

Taylor Adams was finally recognised with a maiden All Australian selection this year, but it is his ability to lift in the finals that puts him front and centre for us. The star midfielder was outstanding in Collingwood’s 2018 finals series and again in their 2019 qualifying final against Geelong, averaging over 27 disposals in the postseason throughout his career. In his 150th game, Adams will put his body on the line and get plenty of the footy against the Eagles.

West Coast’s tall forwards have been unstoppable when they are fit and firing, but Collingwood defenders Jordan Roughead and Darcy Moore are in good form. Oscar Allen has been more than handy as the third tall this season, putting through 16 goals from his 14 games. Allen kicked three goals against the Pies earlier in the year by creating mismatches inside 50, so the Eagles will no doubt strive for a similar scenario this weekend.

Even though a handful of important players will return for the Eagles, that doesn’t immediately fix the issues that have plagued them this season. West Coast kicked only seven goals against North Melbourne in round 18, so the form heading into October is far from ideal. We certainly cannot see the Eagles beating Collingwood in the same fashion they did earlier this season; instead, we see a tight contest that could go down to the last few minutes.