The AFL Grand Final is usually played on the last Saturday of September at the Melbourne Cricket Ground. The 2020 decider was played at the Gabba in Brisbane due to the COVID-19 crisis, while further outbreaks in 2021 forced the AFL to relocate the game to Perth.

As always, it promises to be one of the most bet-upon events on the Australian calendar. It is often the first leg of a massive footy weekend that ends with the NRL Grand Final on the Sunday night, although that is not the case this year.

BettingSite.com.au loves GF weekend and everything in the lead up, including the Rising Star Award, the Brownlow Medal and all of the exotic markets within.

What is the best bookie for AFL Grand Final?

The AFL Grand Final can bring out the best in bookies with one of the bigger wagering events in Australia. The question we get posed the most is what is the best betting site for the AFL?

While Sportsbet and BetEasy share equal billing as the place to wager on AFL games, there are plenty of good, legal options for Australians to bet with. Depending on the state you are from you may be able to claim promotions surrounding AFL games. These promos will ramp up during the finals series and we will cover them extensively when they are released.

NB:
Australians can no longer claim sign up bonuses at online bookmakers, with the National Gambling Framework banning bonuses them until further notice.

After breaking a decades-long flag drought, Melbourne will start the 2022 season as outright favourites in the AFL Premiership betting markets. The Western Bulldogs and Brisbane Lions will also have plenty of support, while the Sydney Swans made huge strides last season and will be hunting a top-four finish in 2022. Essendon were also big movers in 2021 and could offer some value from deep in the market. Richmond and West Coast faded badly last season and could both be headed for a rebuild, so it will be interesting to see where they sit by the time the new campaign kicks off.

A head to heat bet or a ‘win bet’ is the most popular bet people will have on an AFL game.

Invariably the Grand Final pits two of the best teams of the year against each other, which means the odds will be much more even than they are throughout the season. Also, due to the sheer amount of money put into the market on this one, the agencies usually offer huge money back specials on head-to-head markets throughout the game.

Line betting will give you better odds on a straight head-to-head market to if you are prepared to concede a head start to another team. It is also a great saver bet if you think your team is in with a chance but you are not absolutely certain they can be in front when the final siren sounds.

Both head-to-head and line betting is available throughout the match, but bear in mind that due to the fluctuations in matches the odds will change rapidly. Australians are restricted in betting live on the internet, but most corporate bookmakers will have a phone line that you can call and place bets during the course of a game.

The Norm Smith Medal is awarded to the player adjudged best afield in the AFL Grand Final. Five members of the media are given the honour of selecting the winner through a 3,2,1 voting system, with one of the five appointed the chairman.

There will only ever be a single winner of the Norm Smith Medal, with a count-back system awarding the medal to whoever accumulated the most best on ground votes as allocated by the judges on the day. If there is still a tie, the chairman has the deciding vote. 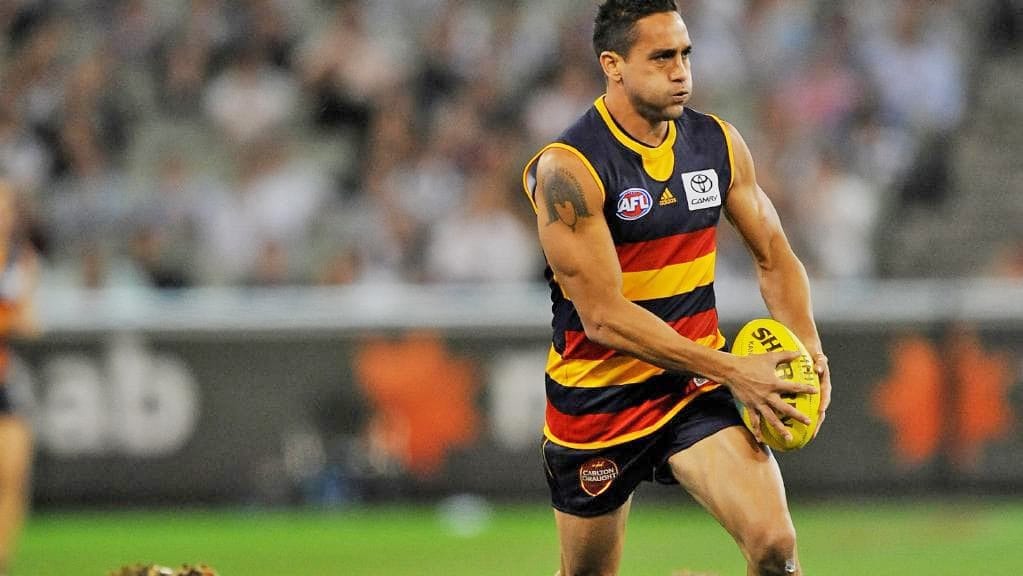 The Norm Smith Medal has live-betting all throughout the match, with markets closing late in the fourth quarter. In 2014, punters were still able to get $6.50 live on the Norm Smith winner Luke Hodge deep into the final quarter due to the fact there were no standout performers in the contest.

It pays to check the statistics and figures on the match before making a live bet, with kicks and handballs not the be-all and end-all when it comes to influence. New stats such as score involvements, pressure acts and score chain possessions will greatly assist in helping you find and winner on the live betting side of things.

In 2017, Richmond superstar Dustin Martin capped his perfect season by winning the Norm Smith Medal just five days after winning the Brownlow Medal. He was the $4.75 favourite at Sportsbet. He repeated the feat in 2019 to join an exclusive club of two-time winners that includes Gary Ayres, Andrew McLeod and Luke Hodge, and then did it again in 2020 to become the first player in history to win the award three times.

This means if his opponent nails the first goal of the contest, you are still in with a chance to make a collect on the game.

This bet also works in as a popular multiple bet, with the first goal scorer/match winner double typically a favoured multi bet coming into the big dance. 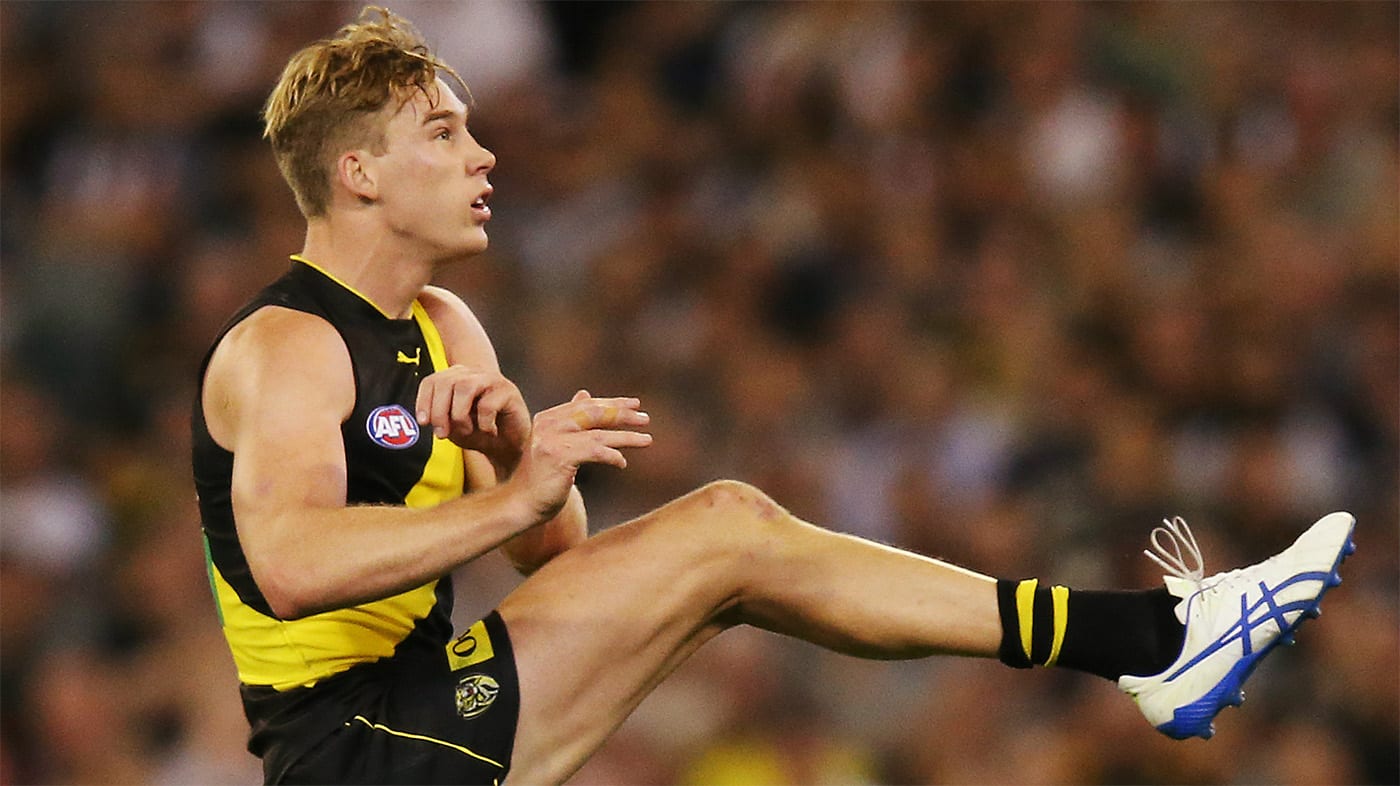 Some agencies feature a first goal scorer bet for each quarter too, so if you feel robbed that your guy missed a goal from five metres out, there is always next quarter.

In 2017, Crow midfielder Rory Sloane floated forward to take a chest mark and kick truly from a set shot. He was paying $25 at online bookmakers.

Another one of the self-explanatory bets but a critically hard one to master. The most possessions bet through some agencies has the overall market, but typically the big agencies will split key possession gathers into two groups and will only compete against five other players.

In games throughout the season most possession bets start and end prior to the match, but in the AFL Grand Final live betting for most possessions runs all the way through the match.

Sometimes this market correlates directly with the Norm Smith voting, due the fact that if you have the most possessions in a game you are typically exerting the most influence on the outcome.

In 2017, Adelaide midfielder Matt Crouch broke all kinds of records on the way to 37 disposals. He was the favourite in the disposals market at $1.90.

All the best betting agencies have multiple markets on the game, as well as promotions throughout the season and leading right up to the game. Any company who truly values their position in the sports betting market will have a multitude of options to choose from when it comes to odds, markets and specials so you will never be bereft of choice when the big dance rolls around.