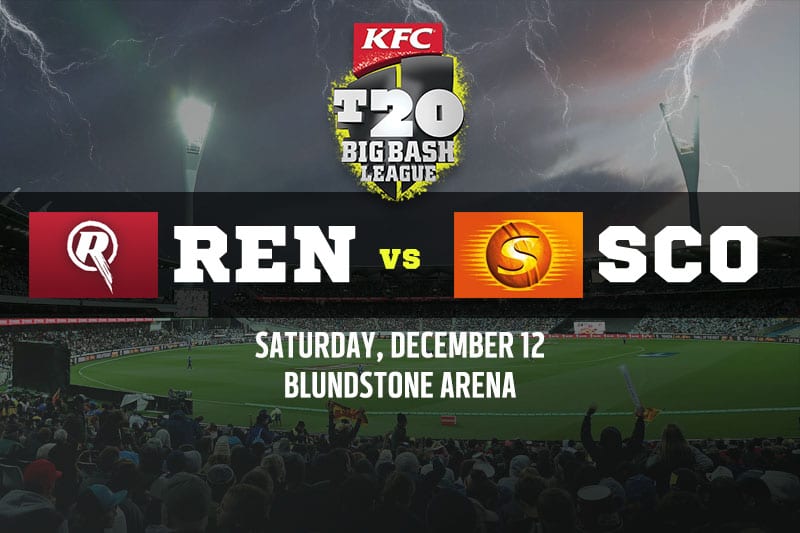 The second match of a double header on Saturday sees two teams who were unable to make the finals in BBL09 come up against each other in their opening fixture.

The Melbourne Renegades, led by Australian white-ball captain Aaron Finch, are slight underdogs for the match against the Perth Scorchers, who will be looking to bounce back off a rare poor season.

The headline act for the match will clearly be Finch, but he will be duly supported by the likes of Shaun Marsh, Sam Harper and star South African import Rilee Rossouw.

Whilst on the Perth side of things, skipper Mitchell Marsh and the import combination of Colin Munro (NZ) and Joe Clarke (England) will be looking to get their season off to a successful start.

The first ball at Blundstone Arena is set to be bowled at 7:15pm AEDT.

As you will find out in our second leg, we are quite fond of the combination the Melbourne Renegades have at the top of the order. Aaron Finch is coming off a decent start to his white-ball summer with some impressive scores against India in the ODI series, and will once again combine with emerging keeper-batsman Sam Harper. The pair are yet to combine for a partnership above 60, but we’re tipping they will get the Renegades’ season off to the best start possible.

One of the highlights in a poor season from the Renegades was the emergence of Sam Harper at the top of the order. He averaged 25.36 with the bat, struck at 144.55, and took it up to every bowler he came up against in the PowerPlay. The slight query is he has only played three competitive games of cricket since the conclusion of BBL09, but we’ll be hoping there is no rust and he can get the Renegades of to a flyer with captain Aaron Finch.

To hit a six – Josh Inglis

One of the Scorchers’ most improved players in BBL09, Josh Inglis will look to bring his fine form in Sheffield Shield cricket to the BBL10 season. Last season he hit 405 runs at an average of 28.92 and had a strike rate of 153.99 at the top of the order. He hit a total of 15 sixes in last season’s competition, and it would be no surprise to see him clear the rope at some point on Saturday.