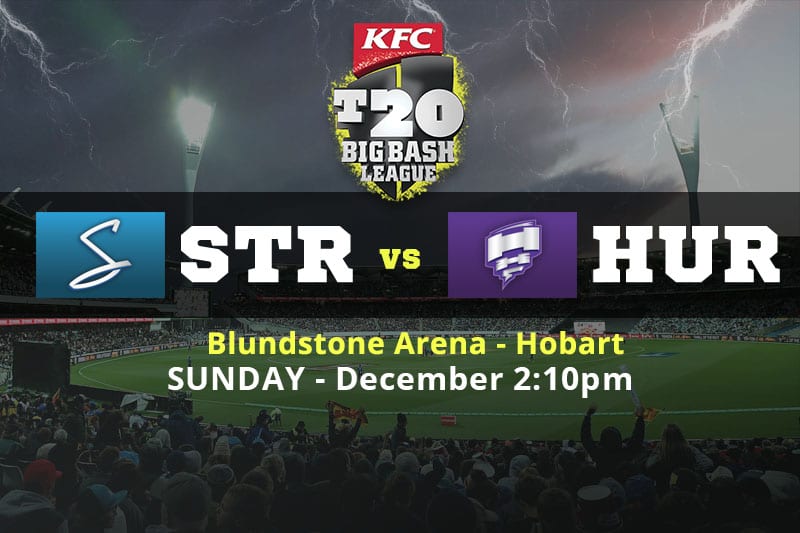 Can the Hobart Hurricanes win their second game of the season when they take on the powerful Adelaide Strikers at Blundstone Arena?

After toppling the reigning premiers in the BBL10 season opener, the

With Alex Carey and Travis Head fulfilling national duties for the Aussies, the Strikers will need their entire batting squad to lift, especially against the dangerous Hobart Hurricanes Pace.

This first match of Sunday’s Big Bash double-header will certainly have our attention.

With two of his best teammates not lining up this weekend, Jake Weatherald needs to grab this game by the collar and control it. Weatherald is already one of the best batsmen in the league, averaging just under 30 in BBL09 with a strike-rate of 133. The big hitter will find gaps in the field this Sunday and produce a good score for his Strikers.

The ‘Canes have built a very balanced group of bowlers, which was on display on opening night, as four different players took wickets and looked dangerous. Meredith was clearly one of the stand out performers with his two wickets, producing multiple balls above 140kms. A fit Meredith is always a threat, which is why he should scare the Strikers this Sunday and topple even more stumps.

After seeing the spread of talent in both facets of the game, it’s hard to look past the Hurricanes. Making 178 when both openers go out without making a run is a testament to their batsmen, who handled Sydney’s pressure with ease. We see the Hurricanes starting the season with two big wins.