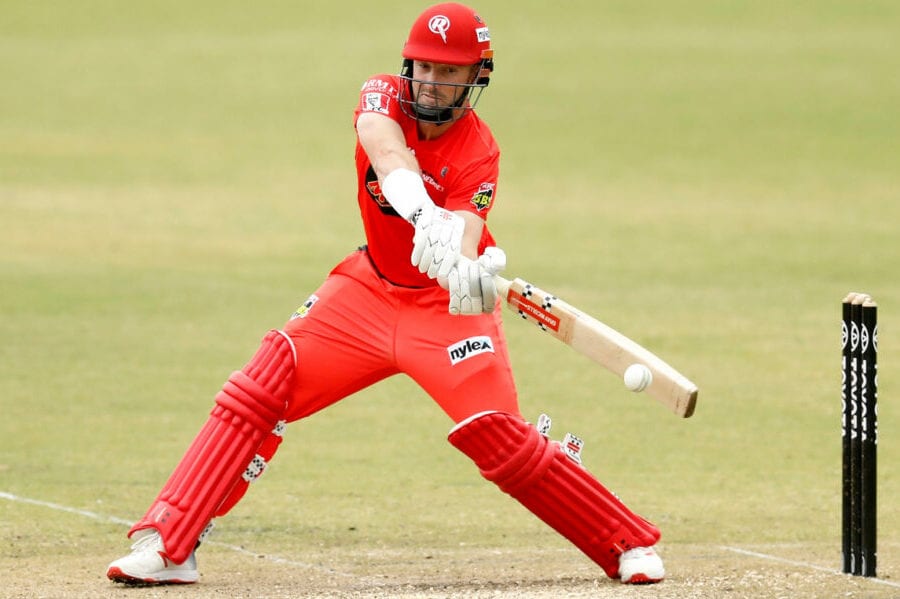 Can the Melbourne Renegades lift themselves back into finals contention after a forgettable 2019/20 Big Bash League season, or will Michael Klinger’s men get stumped again?

The ‘Gades have struggled since tasting victory during BBL08, but the development of their young core and the addition of experienced imports could be the difference.

Here’s all the Melbourne Renegades betting information you need heading into BBL10.

Despite being the reigning champions, the Melbourne Renegades experienced a nosedive all the way towards the bottom in BBL09.

They won only three matches for the entire season, and the pressure will be on again with BBL betting sites expecting another tough year for the Renegades.

The ‘Gades had some strong performers with the bat, but a lack of penetration with the ball cost them in the end.

Three Renegades from the 2019/20 season have moved on. Dan Christian is now at the Sydney Sixers, while Tom Cooper and Jack Wildermuth both landed at the Brisbane Heat.

James Pattinson returns to Melbourne to partner up with fellow Aussie quick Kane Richardson, while Cameron Boyce will provide a reliable spin option once again.

Aaron Finch and Shaun Marsh form a dangerous combo at the top of the order, while young wicketkeeper Sam Harper looks set for a breakout season with the bat.

If any team has drawn the short straw this season, it might be the Melbourne Renegades.

Not only have they been given just five games in Melbourne, but they’ll also play most of the powerful sides in their home states, such as their back-to-back clashes with the Strikers at Adelaide Oval.

Back-to-back clashes with the Melbourne Stars later in the season should get the city talking, but unfortunately for the Renegades, their rivals are the outright favourites to win BBL10.

Big Bash League outright winner
One could argue that the Renegades have lost more talent than they have gained since last season, which explains why they are way back in the Big Bash League title betting.

Not only did they finish at the bottom last season, but some of their games were done and dusted well before the final over, meaning they need to make a big jump to contend for the finals.

Unless the combination of Kane Richardson and James Pattinson can demolish teams with the new ball, or their imports make an enormous impact, we can’t see the Renegades pushing for finals.

Top Renegades tournament runscorer
The short-priced favourites are proven stars, as Aaron Finch and Shaun Marsh have dominated the format for many years now.

However, we believe Sam Harper is the one to watch this year. The 23-year-old had a pair of powerful performances in the back end of last season, posting 73 against the Scorchers and 52 against the Thunder.

Rilee Rossouw has played over 200 T20 matches and knows how to hit a ball, averaging just under 30 throughout his T20 career.

Our tip would be to take either Finch or Harper, but we cannot split the two.

Top Renegades tournament wicket-taker
There’s much more bowling depth this season for the Renegades compared to last season, but there still isn’t a dangerous standout.

We’ve already mentioned Richardson and Pattinson’s pace, but it could be a season to consider the tidy leg-spin of Cameron Boyce.

Pattinson could miss chunks of the campaign due to Australia’s upcoming Test series against India, and we fancy Boyce to edge out Richardson through sheer consistency.