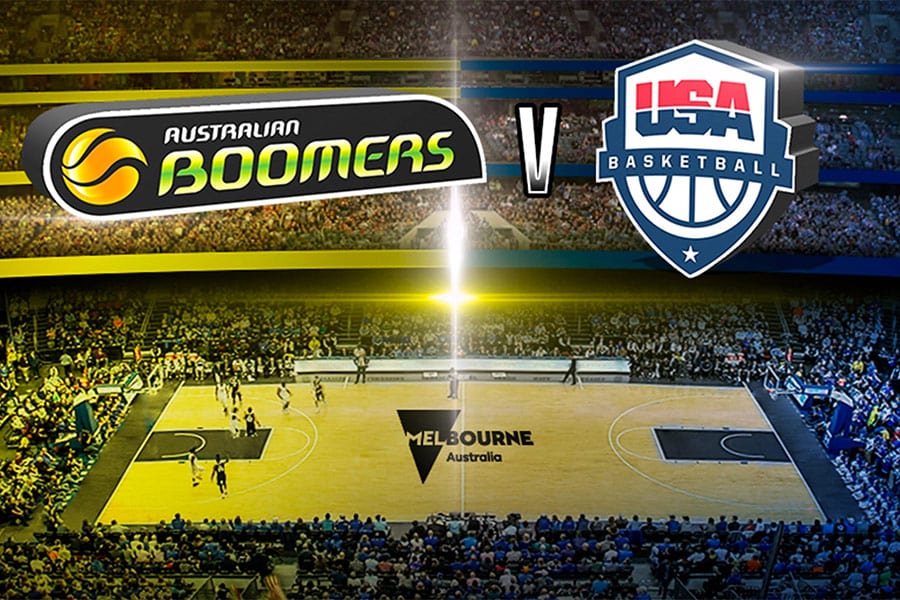 The Australian Boomers and Team USA will return to Marvel Stadium this Saturday for the second game of their pre-FIBA World Cup series.

Team USA won the opening game 102-86 despite multiple players dropping out of the squad before the match began.

It was a strong performance from many of the USA men, including NBA All-Star Kemba Walker, who had a game-high 23 points.

Myles Turner was also very productive, finishing with a solid double-double of 15 points and 14 rebounds.

The players who shone brightest for the Boomers were Patty Mills and Chris Goulding.

Even in the twilight of his career, Mills fought hard for the entire match and scored a tied team-high 19 points.

Tied with Mills atop the Aussie scoring charts was Goulding, who was the most productive player coming off the bench for the hosts.

This second match may see the Americans try to run offence through a different group of players in order to test their depth.

Aron Baynes to score over 8.5 points @ $1.94 with Sportsbet
The combination of Baynes and Andrew Bogut was very successful for Australia. Baynes was good enough to score eight points, but could have scored much more if he could finish his work. The Phoenix Suns recruit shot at 33 per cent, very low for a centre. If Baynes can finish better in the next game, he could score well over 10 points.

Kyle Kuzma to score over 10.5 points @ $1.90 with Sportsbet
Kuzma caught fire at one point of the first encounter, nailing three consecutive shots from outside the arc. If he can get more minutes on the court, he is bound to score more than 10 points in this match up.

Team USA to win/Kemba Walker to score over 15 Points @ $2 with Sportsbet
Walker appeared to be the main point of focus on offence for Team USA, which is to be expected as he is one of the few All-Stars on the court. USA will win regardless of who plays well, but we think Walker will be leading the charge in game two.