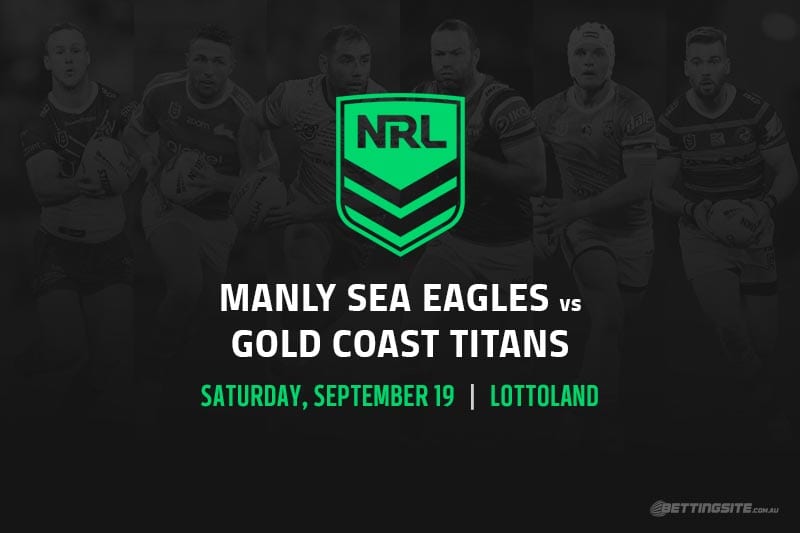 Here is a sentence that wouldn’t even be dared whispered as recently as round 12:

The Gold Coast Titans should win this game comfortably and make it four in a row, even if they have to travel to Lottoland.

As bad as the Titans have been in recent seasons, they’ve still managed to win on their last two visits to Brookvale, so there are no fears of playing at ‘The Fortress’.

Justin Holbrook has slowly but surely got his team playing and competing the way he wants, and that has resulted in the Gold Coast averaging just 16 points conceded in their last three wins.

Most people think it would be crazy for Manly to play Tom Trbojevic in two meaningless games at the end of the season, but they would love to give something for their members to cheer about after a tough slog of a year.

Tommy Turbo also has a State of Origin series he’d like to prove his fitness for – but even so, the Titans off the back of three wins are hard to ignore.

Even better than that, the $4 for a Gold Coast 1-12 win is almost impossible to turn down.

The over/under is 42.5 is tough to pick because Manly have smashed the overs in their last two games and the Titans have comfortably sailed under in their hat-trick of wins.

We think the unders edges out, but only just.

As per usual, we love Anthony Don to cross the stripe first, but after finishing off Gold Coast’s best try of the season last week, Young Tonumaipea is also a smokey to score first.

If you think Manly will open the scoring, rookie Morgan Harper has been a shining light in a difficult season and offers good value at $13.