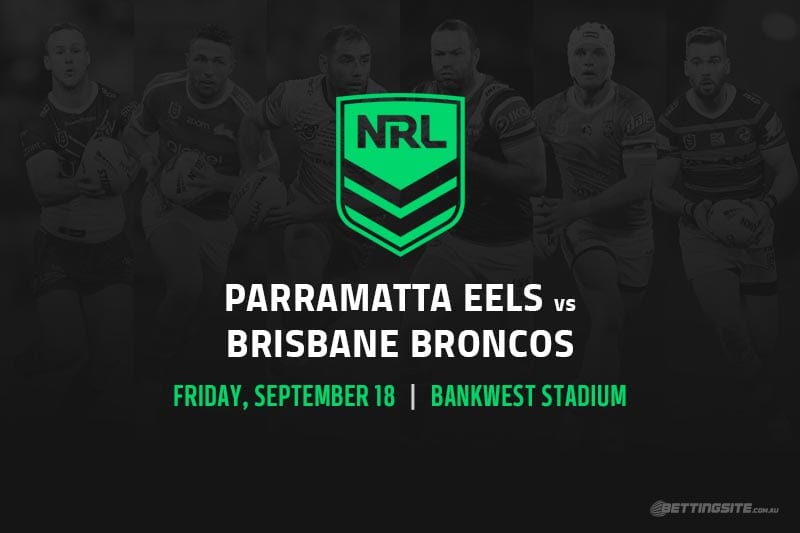 Another Friday, another night where we have to put up with the Brisbane Broncos in a prime-time slot despite how awful they are.

The Parramatta Eels have been in trouble for weeks, but what better way to start feeling better about yourself than smashing up Brisbane?

Sure, it might only give you false confidence heading into big finals games against proper teams, but a win here would just about lock up a top-four finish.

At the $1.08 price, there is no doubt the punters feel the Eels will win comfortably and doom Brisbane to a 10th consecutive loss.

However, it is only the Broncos’ horrendous form that makes the betting so lopsided, as Parramatta have hardly covered themselves in glory over the past two months.

Brad Arthur’s men had two-point wins over the Bulldogs and Sharks but couldn’t score more than 18 points in either game, were blown off the park by South Sydney, exposed by Penrith, pushed all the way by the Warriors, and kept to only two tries by a Melbourne side missing 10 first-string players.

Scoring more than 20 points just once in that time is unacceptable for a top-four team, and it makes the unders on 42.5 total points super tempting.

Then as team lists drop you see Ben Te’o and a horribly out of form Joe Ofahengaue named to start for the Broncos against a full-strength Eels pack, and you’re reminded that Parramatta 13+ makes much more sense on the back of Junior Paulo and Reagan Campbell-Gillard.

That forward dominance should allow Clint Gutherson to run riot around the edges and put Maika Sivo over for the first try of the game.

Best bets for Eels vs Broncos