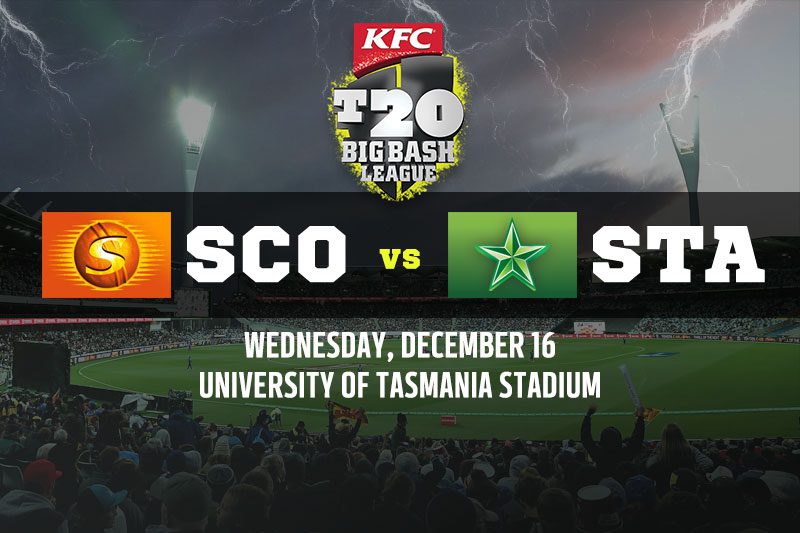 The stage is set for two of the Big Bash League’s powerhouse teams to clash this Wednesday when the Perth Scorchers and Melbourne Stars face off in Launceston.

The Stars and Scorchers sit first and third respectively in the title odds at several BBL betting sites, with the outright favourites pushing even further ahead of the pack following a pair of strong early wins.

Despite falling apart against the Melbourne Renegades in their first contest, the Scorchers are still heavily backed to qualify for the BBL10 finals.

The Stars won both BBL09 clashes over the Scorchers, but the Perth boys won’t go down without a fight this time around.

Perth’s newly appointed skipper was one of the few players to post a decent score in their recent loss, and we suspect Ashton Turner will shine through again for his Scorchers. Although he does come in to bat at five, Turner has played 68 career BBL matches with a strike rate of 137, so he knows how to pile on quick runs at the back end of an innings.

From the small sample size of BBL10 cricket we’ve seen thus far, Glenn Maxwell is clearly one of the in-form players in the league. The Stars’ skipper pulls off miraculous shots more often than any other batsman, making him a difficult player to ball to. Averaging 42.5 runs in his first two innings this season, Maxwell has been hard to stop and should fire again this Wednesday.

The Brisbane Heat had no answer for Nathan Coulter-Nile in the Stars’ first game of BBL10, where he took four wickets and only conceded 10 runs. The former Scorcher knows how his ex-teammates bat and should use his experience and skill to great effect. The Stars rested Coulter-Nile for the second of their back-to-back contests last weekend, so he should be fresh as a daisy.

It’s going to take a massive effort from any side to beat the Stars this season. Considering how much the Scorchers struggled in their opening match, we predict another loss for the men in orange. We’re yet to see the best of Andre Fletcher for the Stars, so there is considerable upside still for the title favourites.