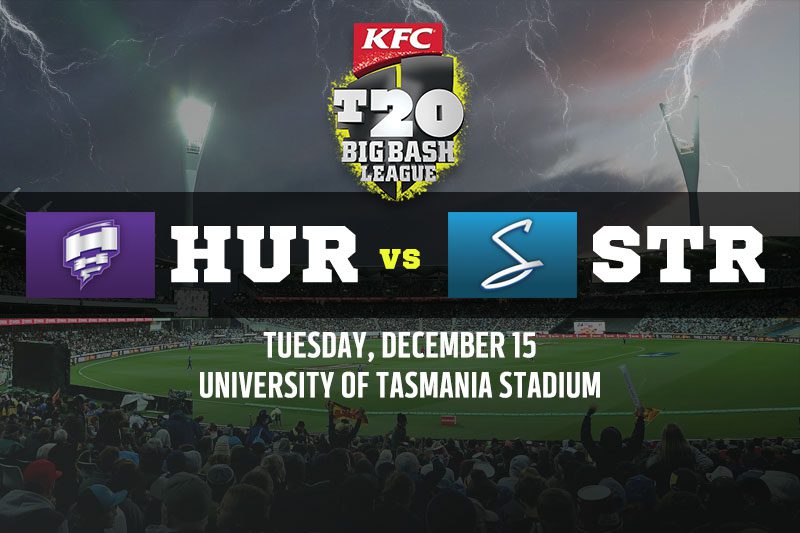 The Adelaide Strikers will have a shot at redemption this Tuesday when they face the Hobart Hurricanes for the second time in two days.

D’Arcy Short led the ‘Canes to an impressive victory over the Strikers on Sunday, giving them two wins from as many outings.

The Hurricanes posted a strong total of 174 in that game, but it was their aggressive mindset in the field that allowed them to roll the Strikers.

If not for a late effort from Daniel Worrall and Danny Briggs down the order for the Strikers, the margin of victory would have been significantly larger.

Only three Adelaide players managed double-digit scores in that innings, so the batting needs to lift considerably for the rematch in Launceston.

Now that Short has built some momentum alongside new recruit Will Jacks, the Hurricanes look more settled. Jake Weatherald and Phil Salt are both strong hitters, but they need to watch out for the bowling tenacity of the Hurricanes, as they only made nine runs between them in the first clash.

Short bounced back from his duck in Hobart’s first match with a game-high 72 runs against the Strikers last time out. He even managed to take apart the notoriously stingy Rashid Khan, hitting 22 runs off four consecutive balls. The spin-heavy attack of the Strikers works in favour of D’Arcy, who should put them away once again.

When you have players like Colin Ingram, Peter Handscomb and Tim David backing up the explosive openers, there’s more than enough firepower in the sheds for the Hurricanes. Alex Carey could be a big in for the Strikers after returning from Australia A duties, but the value about Hobart for most sixes is too good to ignore.

With two wins on the board against quality opposition, the Hurricanes look dangerous this season. The Sydney Sixers recently annihilated the Melbourne Renegades, making Hobart’s win over them even more impressive. With James Faulkner still swinging the new ball, the Hurricanes have too many good bowlers and should complete the double over Adelaide this Tuesday.