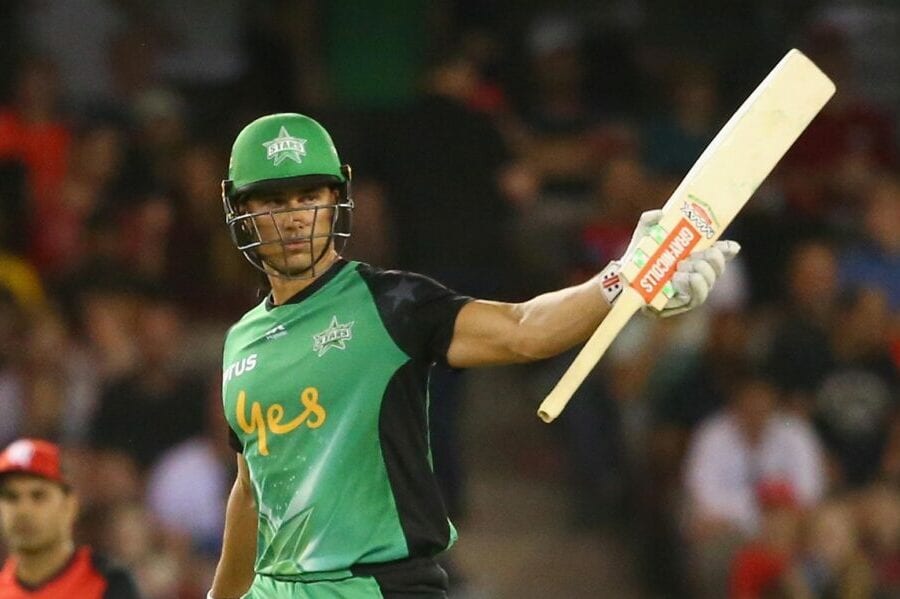 The Melbourne Stars have been one of the most consistent teams over the course of the T20 Big Bash League, and that looks set to continue this summer.

Despite losing some of their known performers in recent years in Peter Handscomb, Sandeep Lamichhane and last year’s emerging star Haris Rauf, the Stars still have a formidable lineup at their disposal.

We’ll take a look into the chances of the Melbourne Stars and some of their BBL betting odds for BBL10.

Led by the dynamic performance of Marcus Stoinis throughout the season, the Stars found themselves in the BBL09 final in a match was in danger of being abandoned due to a torrential downpour.

The game went ahead, but the boys in green seemingly stayed in Melbourne as the Sydney Sixers ran rampant to leave the Stars once again ruing what might have been.

Marcus Stoinis led all comers with the bat, posting 705 runs from his 17 matches at a tick over 54. Glenn Maxwell was his usual explosive self, but it was the emergence of Nick Larkin at no.3 that would have stood out for Stars fans throughout the back end of the year.

With the ball in hand, it was Haris Rauf and Adam Zampa who did the damage. Rauf won’t be back for BBL10, so the Stars will need to find some other wicket-taking options this season.

With the departure of Peter Handscomb and Sandeep Lamichhane to the Hobart Hurricanes, Daniel Worrall to the Strikers and Haris Rauf away on international duties, the Stars have lost some key pillars from a team that dominated last season.

However, the Stars seem to have brought in just as much talent as they’ve lost. Billy Stanlake fills out the pace attack and Zahir Khan adds another spin option, while the West Indian duo of Andre Fletcher and Nicholas Pooran will add plenty of firepower to the batting lineup.

Despite losing some crucial cogs from last season, the Melbourne Stars are the clear pre-tournament favourites in the BBL10 outright betting at Sportsbet.com.au.

They have plenty of firepower in their batting lineup with the likes of Stoinis, Fletcher, Maxwell, Cartwright and Pooran, while Seb Gotch and Nathan Coulter-Nile are more than handy in the lower order.

If the bowlers can back up what the batsmen can offer, then the $4.33 may seem like a touch of overs when the whips are cracking towards the business end of the season.

Melbourne Stars top tournament batsman
It is impossible to ignore the record-breaking seasons Marcus Stoinis has put together in consecutive campaigns at the Melbourne Stars.

However, this looks like the year Glenn Maxwell takes the competition by the scruff of the neck. If he brings his international form back to the Big Bash, then good luck stopping him.

Melbourne Stars top tournament bowler
After such a stunning BBL09 and a strong year of international cricket, it’s hard to go past the $2.70 on offer for Adam Zampa to be the Stars’ top wicket-taker in BBL10.

He was the joint-top wicket-taker in BBL09 for the Stars when claiming 20 scalps at 16.20 with a strike rate of 13.5 and best figures of 3/21. As with Maxwell, the form he’s shown in Australia’s recent clashes with India suggests he will be a massive weapon for the Stars this season.