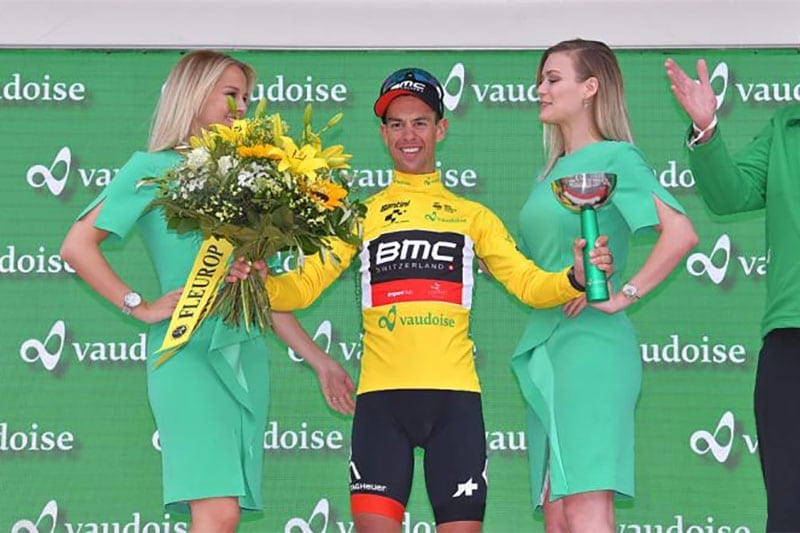 RICHIE Porte could not have scripted a better way to cap his preparation for the 2018 Tour de France.

The Australian cyclist cruised to victory in the Tour de Suisse on Sunday, finishing more than a minute clear of his nearest challenger in the general classification.

“Winning the team time trial and then the guys did such a fantastic job all week and to win this race, it means a lot to me.”

Next up is Le Tour, where Porte is looking to make amends after crashing out in spectacular fashion last year.

The 33-year-old Tasmanian was among the contenders when he lost control and came off the road during a fast descent at Mont du Chat in stage nine.

He is determined to do better this time around.

“I mean, I haven’t raced since Tour of Romandie.

“I was at home for the birth of my son two weeks ago and I’ve only had one night at home with him so I think it’s great for me to get to go home for a bit of time, a bit of a training camp, and I think I can be better at the Tour de France.”

Online bookmaker Sportsbet.com.au now has Porte (+300) on the second line of outright betting for Le Tour.

The man to beat is +200 favourite Chris Froome, who is chasing his fifth yellow jersey in six years.

The 2018 Tour de France commences on Saturday, July 7 on the island of Noirmoutier.