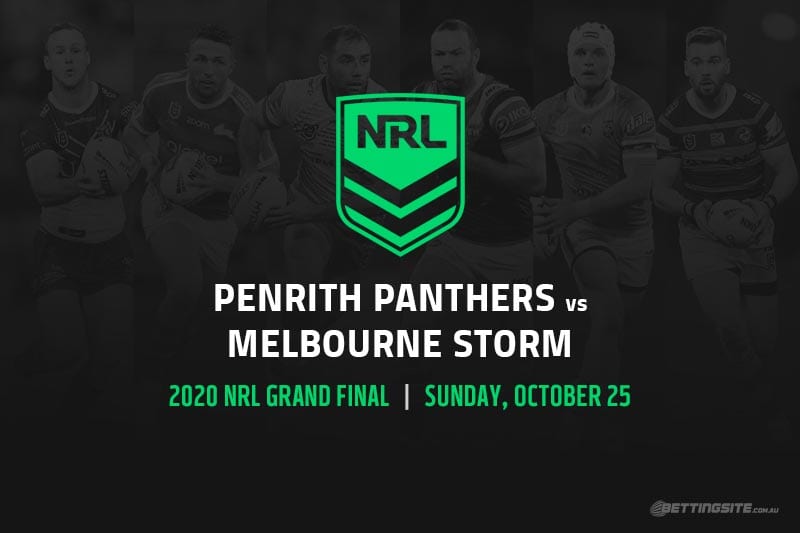 The Melbourne Storm are littered with NRL Grand Final veterans, with Cameron Smith going to his eighth decider, Dale Finucane his sixth, and nine other players who have been there at least once before.

On the other handm, 15 of the Penrith Panthers will be playing their maiden Grand Final at the top level.

Almost all of Penrith’s star youngsters have had a bounty of success in the junior ranks, but nothing can prepare them for what they will face on Sunday night.

They have drifted slightly to the $2.25 price, but for one week they will become the people’s team like Cronulla did in 2016.

When Penrith started their magical winning run, many people began joining the dots to their 2003 premiership team.

The father/son coaching combination is the most obvious similarity, but the resemblance is uncanny across the board.

An influential hooker with a good running game, a superstar halfback enjoying his best professional season, a livewire five-eighth, a prop combination featuring a seasoned pro and young tearaway, a lock forward who has been underestimated for too long, and a young but talented three-quarter line.

Both teams won the minor premiership and came into the decider as underdogs against a premiership powerhouse, so those who believe in fate or destiny would be crazy to ignore the signs.

Penrith have made a good habit of winning games within 12 points against top-eight sides in 2020, while they have only trailed once at half time since the competition resumed in May.

That stat makes the $2.88 for the Panthers to complete the half-time/full-time double extremely enticing, especially when they led Melbourne 8-6 at the break back in round six.

The over/under is set at the extremely low bar of 35.5 points, and the wet forecast suggests this will turn into a low-scoring battle.

If you needed another similarity to 2003, it poured rain on the night as John Lang’s men fought their way to an 18-6 win.

Viliame Kikau is back in the starting lineup and is $20 to score the first try, and he will surely be among the most heavily backed players in that market.

Melbourne will be looking to win their fourth premiership, and they put everyone on notice with a demolition job on Canberra in the preliminary final.

They have shortened into the $1.72 price in the outright 2020 NRL Grand Final betting market and will present an almighty challenge for the young Panthers.

The only spots across the field where they may be below par is in the centres, but the Storm’s standards are such that Penrith will have to play perfect footy to take advantage.

Justin Olam is a physical beast but is prone to making some incorrect reads in defence, so they’ll have to watch plenty of tape on Penrith’s back-line shapes.

Brenko Lee is one of Craig Bellamy’s many reclamation projects, scarily similar to Cheyse Blair from a few seasons ago.

Penrith’s left-edge attack has been extraordinary all season, and Lee will have to pay special attention to the Jarome Luai/Stephen Crichton combination.

Luai has an unbelievable dummy that could expose the big-bodied Brenko on the inside, and that makes Crichton a sensational option in the 2020 NRL Grand Final first tryscorer betting at $12.

The Storm are otherwise hard to fault as a football team, but the one thing not in their favour will be the slippery playing surface.

In Queensland this year they have been on the fast Suncorp Stadium track and Sunshine Coast Stadium – two venues that perfectly cater to their focus on speed and power.

It’s a style that has seen Ryan Papenhuyzen emerge as a true contender to make the NSW Blues State of Origin squad and complements their entire side, but can they be as effective on a wet ANZ Stadium surface?

It might be a night where Melbourne have to go back to a style of play where they build pressure on percentage kicking via the boots of Smith, Cameron Munster and Jahrome Hughes.

What makes this harder to predict is Melbourne’s 3-3 split of 1-12 and 13+ wins against top-eight sides in Sydney.

Maybe the weather won’t slow the Storm down, but do you dare bet against Penrith’s incredible defence?

Josh Addo-Carr is the favourite at $8 to score the first try of the game, and it’s hard to argue against backing him.

Kenny Bromwich and Felise Kaufusi are the value picks at long odds in the tryscorer markets, as Melbourne love to use them in set plays on an edge in big games.