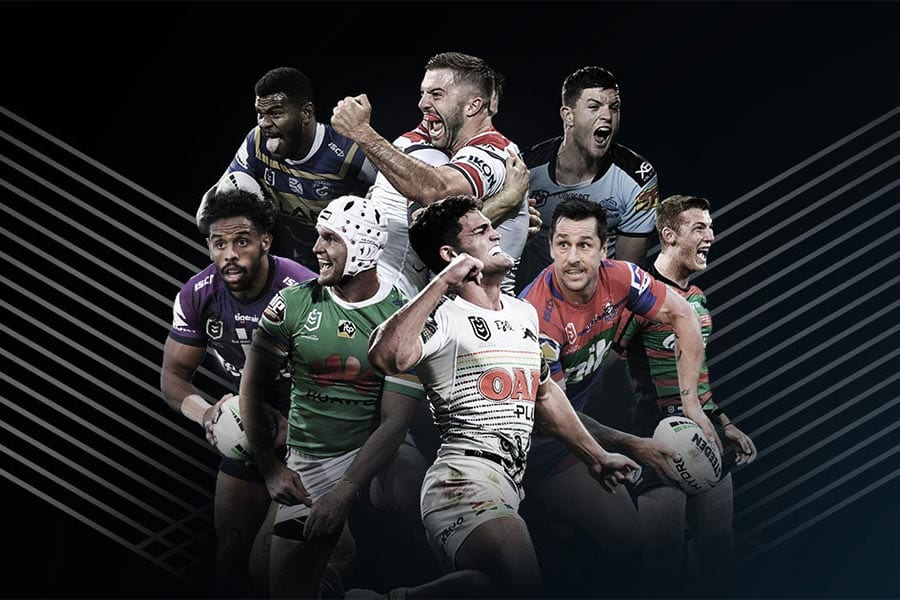 Despite many dark days through March and April, we are getting ready to crown a champion for the 2020 NRL season – and that simple fact should excite more than just Storm and Panthers fans.

The best two teams all year will take their rightful place in the decider. The road here has been anything but smooth for Melbourne, while Penrith’s ride to the NRL Grand Final has been historic.

Let’s relive how they earned a shot at the title.

The Melbourne Storm have now won 20 straight games in Queensland dating back to 2017, and this performance might have been their finest in that time.

The Queensland government didn’t allow the Canberra Raiders to fly in the day before to better prepare, and it left them extremely vulnerable to a blitzkrieg.

Before the Raiders even had a chance to get into the contest, they’d been blown off the park.

Everything Jahrome Hughes touched turned to gold. He could live to be 120 years old and wouldn’t produce a performance like that again.

Kenny Bromwich was sensational down the left edge early, causing the Raiders all sorts of problems as the Storm ran around them with ease.

The Storm pack overall did a sensational job to belt Canberra into submission, and it allowed the back three of Ryan Papenhuyzen, Suiliasi Vunivalu and Josh Addo-Carr to run amok.

The kicking of the indefatigable Cameron Smith drove the Green Machine mad and ensured they were coming off their line all night.

To see the Storm put in this kind of performance against an outstanding Raiders team only whets the appetite for their clash with a young and hungry Penrith outfit in the big dance.

Sadly for Canberra, it was a rough end to what was a terrific season.

They’ve had to deal with playing home games in Sydney for a period, which meant bus and plane travel on game day, as well as hitting the midway point of the season with a laundry-list of injuries to key players.

The emergence of Tom Starling and Hudson Young helped fill the void left by Josh Hodgson, Corey Horsburgh and Emre Guler, meaning they now have fantastic depth for 2021 and look well stocked for another premiership challenge.

What happened between Canberra and Suncorp Stadium on the plane is anyone’s guess, but one can only imagine how much they will burn over the offseason after coming so close for a third time in five seasons.

Jesse Bromwich scoring first was the you-know-what in the punch bowl, meaning NRL bookmakers went home with plenty of cash, but the Storm 13+ margin was a popular thought among the punters.

We thought in the lead up to this game that the Penrith Panthers would need to score 30 points to feel safe against Souths, and if they’d not butchered so many clear scoring chances, it wouldn’t have come down to the boot of Nathan Cleary to be the difference.

It was three tries all in a game Penrith dominated, and Rabbitohs fans will spend the summer asking themselves, “What if Adam Reynolds had got his foot behind the line to kick the 40/20 with six minutes to go?”

It’s thoughts like that which drive not only fans insane, but those on the field who experienced it.

For Souths to go through it on a night where they lost a third consecutive preliminary final makes it all the more heartbreaking.

Despite a few flaws, this game was an unreal contest from start to finish.

The Rabbitohs produced their gutsiest performance of the season to take the game down to the last seconds when they had no right to, but Penrith did just enough to hold on and extend their winning streak to 17 games.

While Souths were valiant until the end, Wayne Bennett may regret starting Cameron Murray at right centre, which led to the Panthers attacking that side in the first half and regularly opening them up.

Jed Cartwright showed once he came onto the field that he was much better suited to that role, and perhaps the coaching staff will feel they should have trusted their first decision to start Cartwright instead of changing the lineup last minute.

Penrith will be encouraged by the fact they won despite wasting a ton of chances, meaning their entire preparation for the decider will be based around execution in attack.

They also will sleep easy knowing they have the mental strength to defend the line for long periods and the physical power to dominate anyone in front of them.

Nathan Cleary was exceptional on the night and showed why he was the favourite for the Dally M Medal, kicking the Rabbitohs to a slow death and forcing them to come off their line all night.

He also had a few nice touches where he challenged the line and created plenty of space for Jarome Luai (who was sensational again) on the left to do his thing.

The Panthers forwards were outstanding all night and will be buoyed by the return of Viliame Kikau, who will make their left edge even more damaging and will be one of the favourites to score the first try in the NRL 2020 Grand Final.

Our half-time/full-time prediction for Penrith was a winner at $1.83. Considering we were a bit cautious about the -6 start they were given, you’ll take that every day of the week.

Penrith are just one win away from completing one of the greatest seasons in rugby league history, but they will have to go through Cam Smith in what could be his final game.

In what’s been a rubbish 2020 for a number of reasons, footy fans can’t ask for a much better way to finish the season.