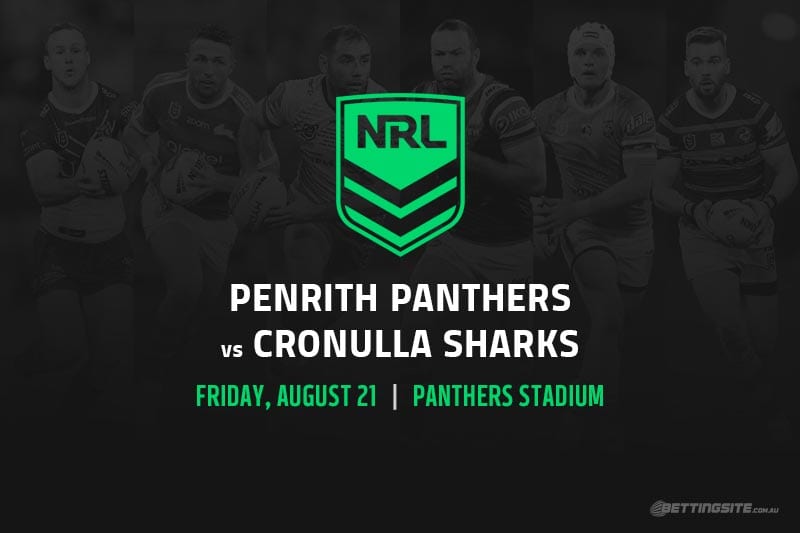 As if Thursday night’s Eels vs Storm clash wasn’t an awesome enough way to start the round, the Panthers and Sharks going at it on Friday is a sensational way to follow up.

Aiming for their 10th win in a row, the Penrith Panthers will head into the game as one of the few teams in the competition without many injury distractions.

They’ve built great continuity to their football and have the favouritism at $1.32 as a result.

The Cronulla Sharks‘ season has been confusing in some aspects, but they are sitting comfortably in seventh spot on the ladder and have scored the most tries through 14 weeks of football.

On average they score a try every 6.2 tackles they have inside the red zone, which makes for a fascinating battle against Penrith’s elite goal-line defence.

Cronulla have conceded 112 more points across 14 games, which points to a Penrith win, but don’t expect the score line to be anything like the 56-24 thumping the Panthers dealt out in round nine.

Penrith to cover the -9.5 start might be the play at the line, while the over/under of 44.5 looks in real trouble given the attacking talent on both sides.

Shaun Johnson has 20 try assists so far this season, which is six clear of his nearest rival, showing just how good his form has been despite some harsh criticism earlier in the season.

For weeks the hot tip has been to back any of the left-edge players for Penrith to score first, but this round it could be the young halfback Nathan Cleary who cracks them.

Expect Cleary to take on the likes of Aaron Woods, who he terrorised around the ruck in their round 21 clash last season.

Best bets for Panthers vs Sharks