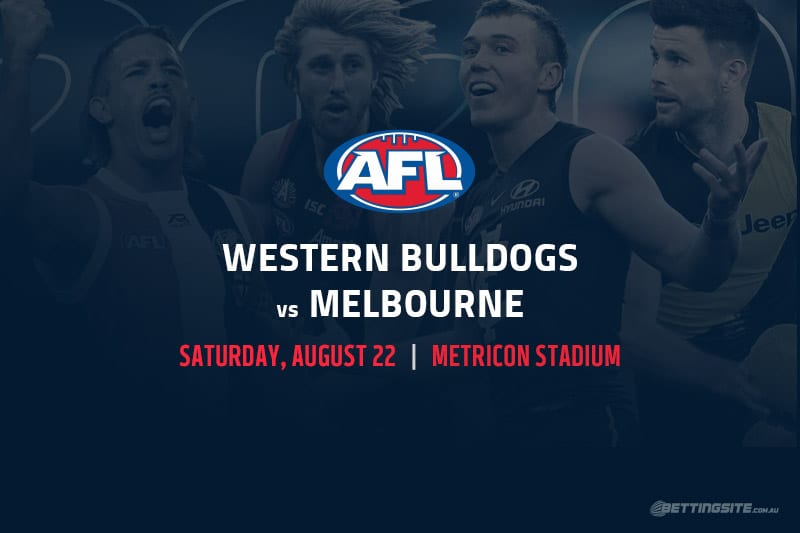 The Western Bulldogs and Melbourne Demons are level on points and gunning for the finals, but the biggest talking point ahead of their clash on Saturday is the availability of their star ruckmen.

Tim English came out of the Doggies’ comprehensive win over the Adelaide Crows with a sore ankle, so Luke Beveridge and co. are sweating on the results of his fitness tests this week.

Max Gawn was rested for Melbourne’s demolition of Collingwood, but the skipper’s already likely return now appears almost certain after Braydon Preuss limped out of training on Wednesday with a hip injury.

No matter who suits up, we can expect a fierce contest with a spot in the top eight up for grabs.

Lachie Hunter has only played four games this season, but he has flooded the stats sheet in every one of them. The former Bulldogs vice-captain had 29 touches on his return to the team last week and hasn’t missed the quarter ton since round one, when he had a measly 22. That form is hard to ignore, while the $1.67 offers a bit more value than the likes of Jack Macrae ($1.25) and Clayton Oliver ($1.45).

Melbourne’s forward line has improved out of sight since Sam Weideman returned to the side in round six, but it’s Jake Melksham who stands out in the goalkicker betting this week. The former Bomber has booted 13 goals in his past eight games, finishing with multiples on four occasions. Bayley Fritsch ($2) is also worth a look, but the $2.40 for Melksham looks terrific value for such a reliable performer.

This should be a cracking battle between two tough, talented midfield groups. The Demons have played eye-catching footy in recent weeks, but we think the likes of Tom Liberatore and Josh Dunkley will look to turn this into an arm wrestle. Even so, the Dees are in good touch and should have enough firepower to win this by a couple of goals.