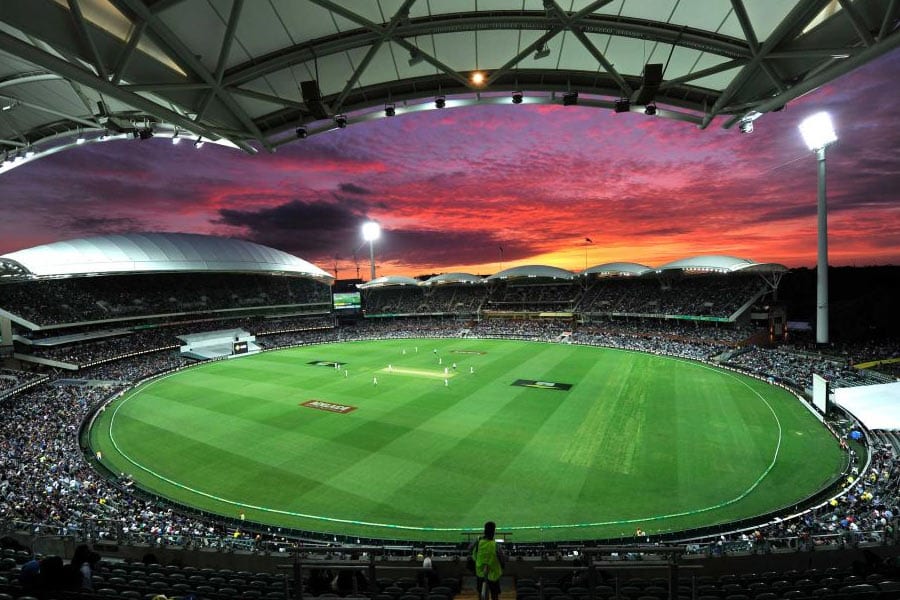 AUSTRALIAN cricket fans needed a lift and they got it on Sunday in the first game of the 2019 Gillette ODI Series.

Usman Khawaja, Shaun Marsh and Peter Handscomb all passed 50 as the home side posted a respectable 5/288 at the Sydney Cricket Ground.

There was also a late cameo from Marcus Stoinis, who built from a slow start to blast 47 from 43 balls.

India would have fancied their chances of chasing down that target before Shikhar Dhawan, Virat Kohli and Ambati Rayudu were sent packing inside four overs.

Rohit Sharma and MS Dhoni steadied the ship and took India to 3/141, but the visitors’ hopes were shattered when Jason Behrendorff trapped Dhoni in front on 51.

Sharma finished with 133 in a 34-run defeat, yet Jhye Richardson was named Man of the Match after starting the night with two wickets and two maidens.

The question now is whether the Aussies can back it up when they reassemble at Adelaide Oval on Tuesday.

The selectors toyed with the idea of playing two specialist spinners at the SCG, but Mitchell Marsh’s illness meant Glenn Maxwell was preferred to Adam Zampa.

Nathan Lyon went wicketless at the SCG, so Zampa is half a chance to get the nod in game two.

India made the bold call to rest Jasprit Bumrah after an outstanding Test series, but the lack of an express pace option was exposed by Australia’s hard-hitting middle order.

The visiting side’s preparation was not helped by KL Rahul and Hardik Pandya, both of whom were axed from the squad and set home after making controversial comments on an Indian talk show last week.

Allrounder Vijay Shankar has joined the touring party as a replacement, while opening batsman Shubman Gill will clock on when India head to New Zealand.

Stoinis is one of those genuine allrounders who can win a match with bat or ball.

Others made bigger scores at the SCG, but it was this guy’s late hitting that put the total beyond reach.

He also contributed a pair of wickets, albeit towards the end of the game when India were swinging for the fences.

If you think the Aussies will ride the wave and claim another convincing win, there are better options in all the major cricket betting markets.

But if you reckon the home side might need a hero in Adelaide, Stoinis offers excellent value for top batsman, top bowler and MOTM.

Two things stood out at the SCG.

For one, India’s bowling attack is nowhere near as damaging when you remove the pace, guile and relentless pressure of Bumrah.

For another, Behrendorff and Richardson produced the kind of stump-hunting, pad-thumping swing bowling that Australia’s first-choice quicks could not in the recent Test series.

India’s top order rarely collapses like it did on Sunday, which begs the question: will it happen again?

That seems unlikely, but there is another factor at play.

While the tourists are on top of the world after the Border-Gavaskar Trophy win, the Aussie squad is filled with players who are desperate to prove their worth.

Finch, Handscomb, Khawaja, Marsh, Maxwell, even the bowlers – they all have an eye on the Cricket World Cup and the following Ashes tour.

Expect a closer game than we saw in Sydney, but have faith in the home side to deliver at decent value.