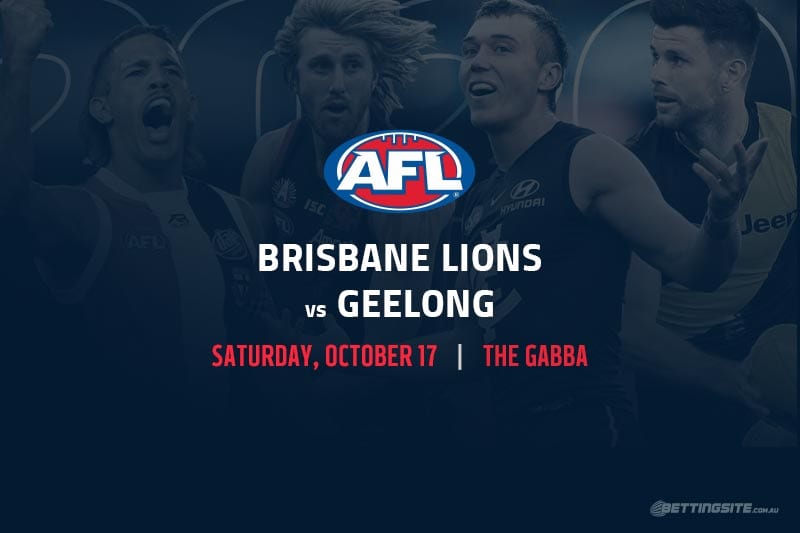 Will it be Lachie Neale and the Brisbane Lions or Patrick Dangerfield and the Geelong Cats who advance to the AFL Grand Final?

The Gabba will almost certainly be sold out as the Lions look to qualify for their fifth decider since moving to Queensland in the ’90s.

Chris Scott and the Cats have tasted success in the past, but they’ve lost four preliminary finals in the past seven years and haven’t made it to the big dance since their 2011 premiership.

When these teams met back in round six, Geelong struggled in the opening quarter but flicked the switch after the first break and cruised to a 27-point victory.

The Cats lost Mitch Duncan and Quinton Narkle early in that contest, but they still went on to win due to a big performance from youngster Sam Simpson.

Some of the greatest games occur during the prelims, and all signs point to another beauty this Saturday at the Gabba.

Dayne Zorko has played in three finals throughout his career, averaging over 20 disposals per match. The Brisbane captain has also enjoyed some standout performances against Geelong, including a 36-disposal, four-goal blitz back in 2017. Zorko will lead the way for the Lions in this tough encounter.

This may be the last time we see Gary Ablett Jr play footy, but that doesn’t mean he’s too old to contribute. He is still one of the most dangerous players on Geelong’s list when he gets one-on-one opportunities or open space. Ablett will camp forward and try to create shots on goal against the younger Brisbane defenders.

Although the Cats were terrific against Collingwood last weekend, we think Chris Fagan’s Lions have enough tricks up the sleeve to get the job done on Saturday night. The backline combination of Harris Andrews, Ryan Lester and Brandon Starcevich worked wonders against the Tigers, and it should also work against Tom Hawkins and co.