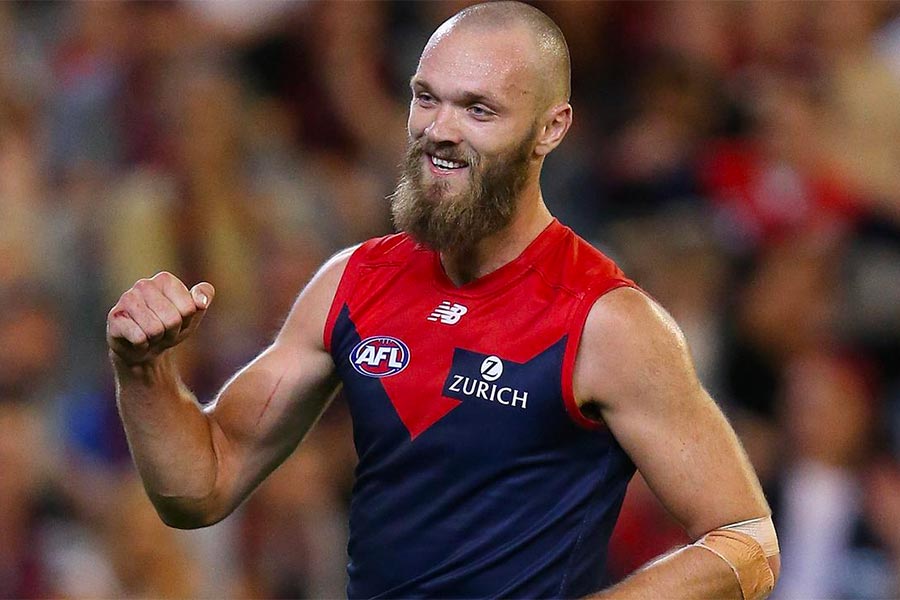 As Melbourne and the Western Bulldogs prepare to do battle in the 2021 AFL Grand Final, many punters will be turning their attention to the one of the biggest betting markets of the year: the winner of the Norm Smith Medal.

Awarded each year to the player judged best afield in the big dance, this is one of the most prestigious individual honours in Australian football.

Although the Norm Smith most often goes to one of the leading candidates in the market, the one-off nature of the AFL Grand Final means every player – even the longest roughie – is in with a shot of winning it.

Jason Johannisen took out the Norm Smith in 2016 when the Bulldogs beat the Sydney Swans, and he was anything but a unanimous choice among viewers and pundits, so it might pay to consider all the options before you put any money down.

Here, we take a look at the best bets and top roughies for the Demons and the Dogs in the 2021 Norm Smith Medal betting market at Sportsbet.com.au.

This year’s favourite in the Norm Smith Medal betting market is Melbourne superstar Christian Petracca. The powerful midfielder has evolved into one of the league’s most damaging players, as he can both dominate out of the middle and go forward and kick goals. Petracca’s impact is very noticeable when he’s on-song, making him a worthy favourite.

Our tip for the 2021 Norm Smith Medal is Max Gawn, who looks poised to dominate Saturday’s contest. Gawn is a far superior tap-ruckman compared to both Stefan Martin and Tim English, while his ability to push forward and hit the scoreboard is what separates him from other rucks in the competition.

As Melbourne’s leading goalkicker this season, Bayley Fritsch has to figure in all equations for the Norm Smith Medal. Fritsch slotted four majors in the qualifying final victory over the Lions, while he kicked multiple goals in both games against the Bulldogs this season. A forward has not won the Norm Smith Medal since Cyril Rioli in 2015.

The Western Bulldogs captain has been sensational this season, finishing runner-up in the Brownlow Medal count with 33 votes. Although he did suffer a minor knee injury in the semi-final win against Brisbane, ‘the Bont’ was back to his best in the prelims and looked completely unaffected. If the Bulldogs were to upset the Demons this Saturday, Marcus Bontempelli would be your best bet for the Norm Smith.

This 20-year-old gun has taken his football to the next level in the finals, as Bailey Smith has started punishing opposition teams on the scoreboard. The young midfielder has started on the forward flank in his last two games and kicked seven goals while still racking up plenty of disposals up the ground. We have to consider Smith for the medal given his blistering form, as he has arguably been the best Bulldog throughout the 2021 AFL Finals Series.

Aaron Naughton
The Norm Smith Medal has been dominated by midfielders in recent years, but there is always room for a big key forward to stake their claim. Aaron Naughton is an interesting smokey given Steven May is entering this contest under an injury cloud. Naughton has the capacity to take massive contested marks and kick bags of goals, and the Bulldogs might need a bit of that magic in order to win this weekend. Naughton is also worth a look to finish top three in the voting at $11 with Sportsbet.

Clayton Oliver ($7) and Jack Macrae ($11) also feature at the top of the Norm Smith betting market, while there are plenty of other star players beyond the $20-mark. We have great interest in Josh Dunkley at $41, as his performances earlier this year were as good as anyone’s.