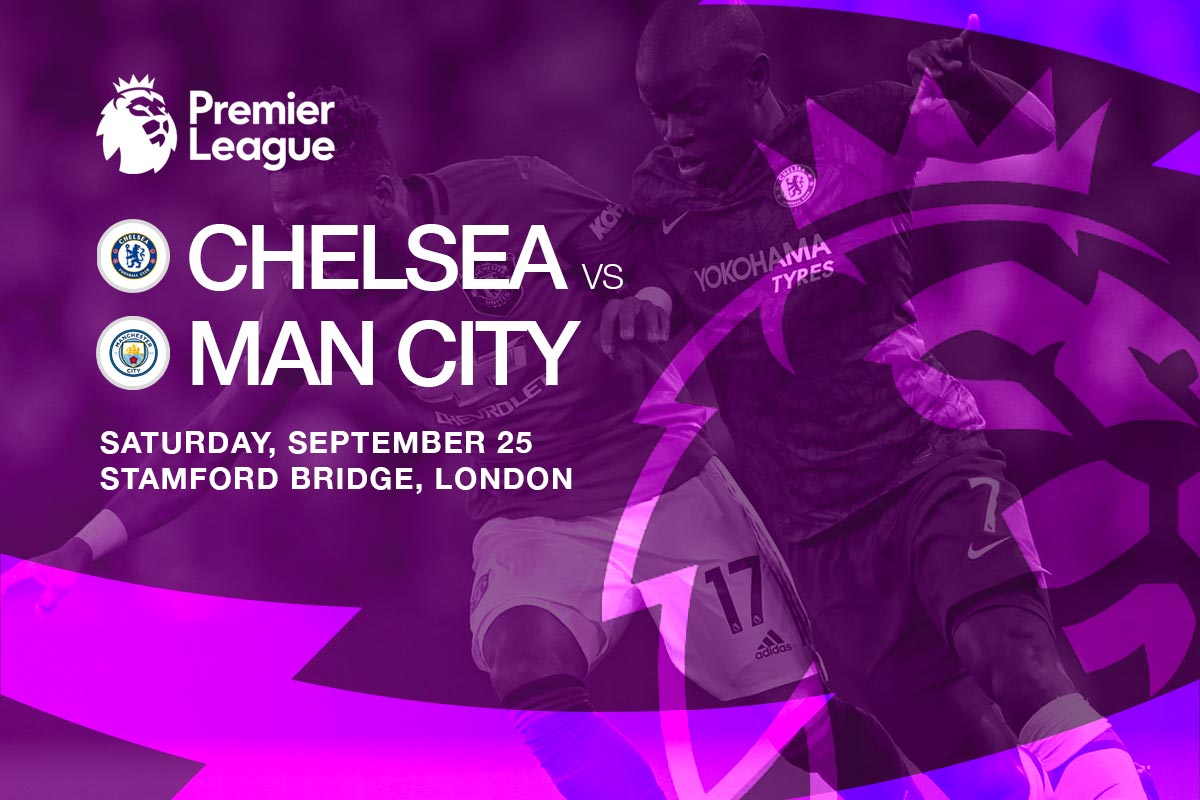 Two genuine title contenders will clash at Stamford on Saturday afternoon when Chelsea host Manchester City in Matchweek 6 of the 2021/22 EPL season. BettingSite’s soccer expert presents his best bets and match analysis for one of the Premier League’s must-watch matchups.

Chelsea flexed their muscles against Tottenham last weekend with a dominant second-half display as they claimed a 3-0 win on the road. The Blues showed their versatility, with Thiago Silva (49’), N’Golo Kante (57’) and Antonio Rudiger (90+2’) doing the job at both ends of the pitch. If their defence-minded players can maintain that sort of output in attack when the likes of Romelu Lukaku and Mason Mount are kept quiet, it brings a whole new dimension to the Chelsea line-up.

The Chelsea defence will need to be at its best this week, as Man City will be out to make a statement following their disappointing 0-0 draw with Southampton. In attack, Thomas Tuchel has shown a preference to start Kai Havertz and Mount behind Lukaku, but if things are not going the way of the Blues, they have the likes of Timo Werner and Hakim Ziyech to call upon off the bench.

There is no doubt that Manchester City deserved nothing more than a draw against Southampton in Matchweek 5, as they managed just one shot on target for the entire match. We will not go as far to say that they probably should have lost, but such an outcome would not have shocked. With Phil Foden and Kevin De Bruyne now approaching full fitness, this next month – starting at Stamford Bridge this Saturday – will be crucial in City’s title defence.

Injury concerns surrounds the likes of Ilkay Gundogan, John Stones and Rodri heading into Matchweek 6, but we can expect the likes of De Bruyne and Foden to be in the mix for a starting berth. The obvious question is where City’s goals will come from without an out-and-out striker, but with Foden and De Bruyne in attacking midfield roles, we should see a stronger performance this weekend.

English Premier League titles are hardly won in September, but they can certainly be lost with poor performances early on in the season. Manchester City cannot afford to drop points in consecutive games, considering just how competitive the top four will be this season. However, Chelsea have started the year as close to perfect as they could have hoped for, with their only ‘blemish’ coming when sharing the points away at Liverpool. Having conceded once this season (which was from the penalty spot) while netting 12 goals of their own in five matches, Chelsea are a force to be reckoned with, and we expect they will get the job done in impressive fashion in front of their home crowd.

Although Romelu Lukaku did not find the back of the net against Tottenham, we expect the Belgian to bounce back in style this weekend. Throughout his time in Italy, he relished matches against the elite opponents, and we know what he has done in the EPL in the past. The $2.25 for Lukaku to score at any time is great value for a guy who plays as the lone striker in an in-form Chelsea side, especially when at home against a City outfit who are still find their feet this season.