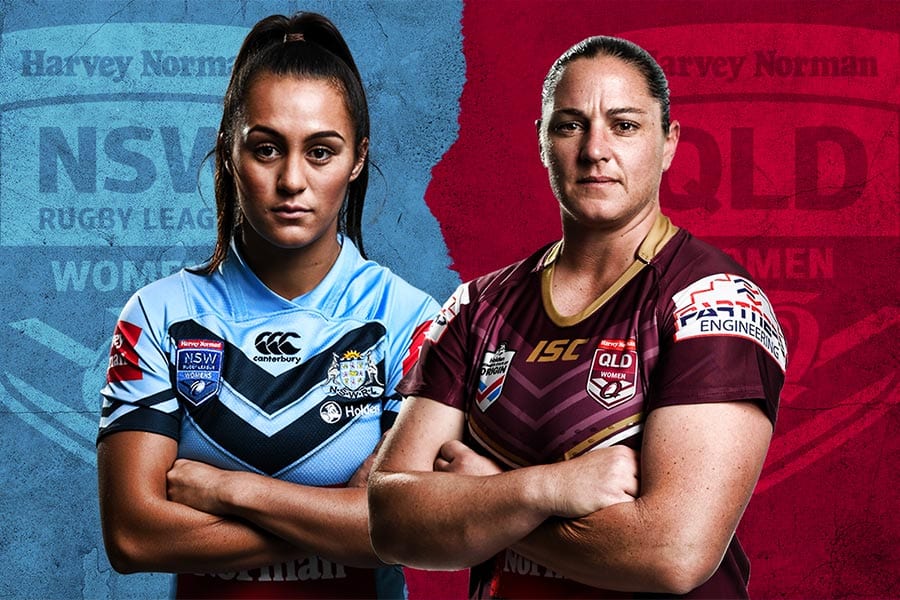 The 2021 Women’s State of Origin match will take place this Friday night at Sunshine Coast Stadium, and it will be New South Wales looking for retribution.

The Blues had built a fortress at North Sydney Oval with consecutive wins there in 2018 and 2019, but the COVID-19 debacle saw the contest move north of the border in 2020 and it bought about a change of fortune.

Queensland will be led by the legendary Ali Brigginshaw, who earns her 11th cap for the Maroons and will lock the scrum, while last year’s two-try hero Tamika Upton will be a name to watch at fullback.

New South Wales are headlined by the outstanding centre pairing of Jessica Sergis and Isabelle Kelly, with blockbusting backrower Kezie Apps to skipper the side.

The goalkicking of Queensland centre Lauren Brown proved to be the difference in 2020, so should the current line of 4.5 points be a little closer?

Queensland come into the game as the $1.54 favourites with online bookies. With home-ground advantage playing a significant role in this matchup over the years, the $2.50 for a 1-12 win looks like terrific value for those who fancy the Maroons. The away team won has won only once since 2016, and it came when New South Wales secured an 8-4 win to end the stranglehold Queensland had for more than a decade. Only once in the previous five games has a team won by more than 13 points, so another close game can be expected.

The Blues are the $2.45 outsider and are going to have to produce a gargantuan effort to bring the shield south of the Tweed River. What they have going for them is strike power out wide, with the hard-running Isabelle Kelly and Jessica Sergis set to light up the game in the three-quarter line. Tiani Penitani is fleet-footed on the wing and Kezie Apps knows how to run the right lines on the edge.

The 13+ result for New South Wales at $7.50 could be worth a thought if you buy into the thinking of how much the rule changes have affected scorelines in the men’s game. There is a lot of points in this team, and it may well be worth investing in if you like big reward with small risk.

The best player in women’s rugby league is Ali Brigginshaw; whether she is at halfback or lock, she influences the outcome of the game. Because of the ball-playing skills of Brigginshaw, her head-to-head matchup comes with Blues halfback Maddie Studdon more than it does with Hannah Southwell. Southwell is a defensive ace in the midfield who will jump off the TV screens with her fantastic tackling technique, but the attacking prowess of both Studdon and Brigginshaw is what will bring the fans through the gate. Studdon was superb in the 2019 fixture and will have to reproduce that effort to hold her own against Brigginshaw.

The home team has had a big advantage in the previous five games, so Queensland by the 1-12 margin at $2.50 is hard to go past. Ali Brigginshaw will set up at least two tries and five-eighth Tarryn Aiken will cross for the Maroons.