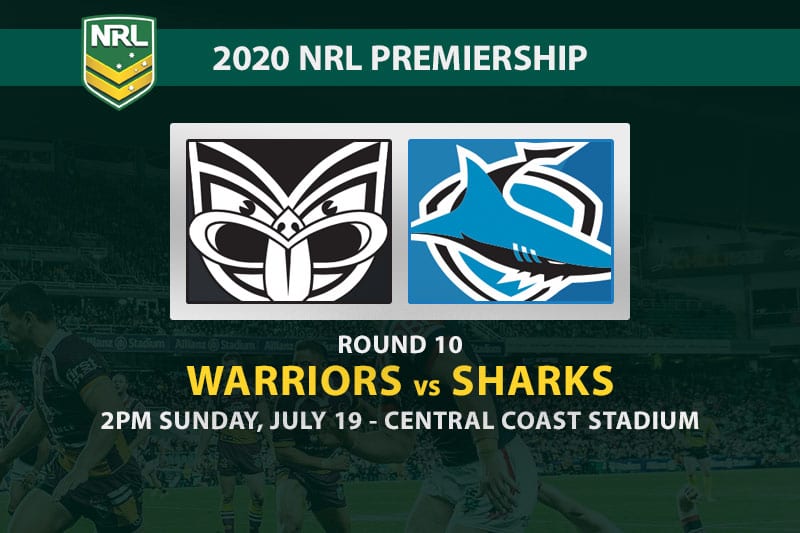 The Cronulla Sharks were disgraceful against Penrith last weekend, to put it mildly, but now they have a great opportunity to get back into the winners’ circle against an inferior opponent.

So bad was Cronulla’s defence against the Panthers, they conceded the club’s highest score in a match since 2003 as all the good work of the previous weeks unravelled before our eyes.

While they get to play a New Zealand Warriors team who will be short even more troops, the Kiwis are a perfect three out of three at Central Coast Stadium since adopting it as their new home.

A few weeks ago this was one clash that looked to be a huge banana peel ready for a top-eight contender to slip on, and it still shapes that way.

While Ken Maumalo, David Fusitu’a, King Vuniyayawa and Agnatius Paasi will return home at the end of the month, New Zealand will get one red-hot chance at claiming a fourth win in Gosford before they face the Roosters.

The Warriors come in as $2.75 underdogs after last week’s horror loss to Gold Coast, while the Sharks have the undeserved $1.50 favouritism.

The weather forecast is for a clear 18 degrees at the 2pm kickoff, so the line of 44.5 total points could well be breached in this clash.

Roger Tuivasa-Sheck was the first tryscorer in NZ’s last outing and comes in at the $15 price for this contest.

The wildcard for the Sharks is Braden Hamlin-Uele, who has scored the game’s first try twice this season and is offering up to $41 odds to do so again.

Also, with Cronulla’s diabolical left-edge defence giving up seven tries last start, many punters might look towards the Warriors’ right-edge players to get the first try or score at anytime.

Best bets for Warriors vs Sharks