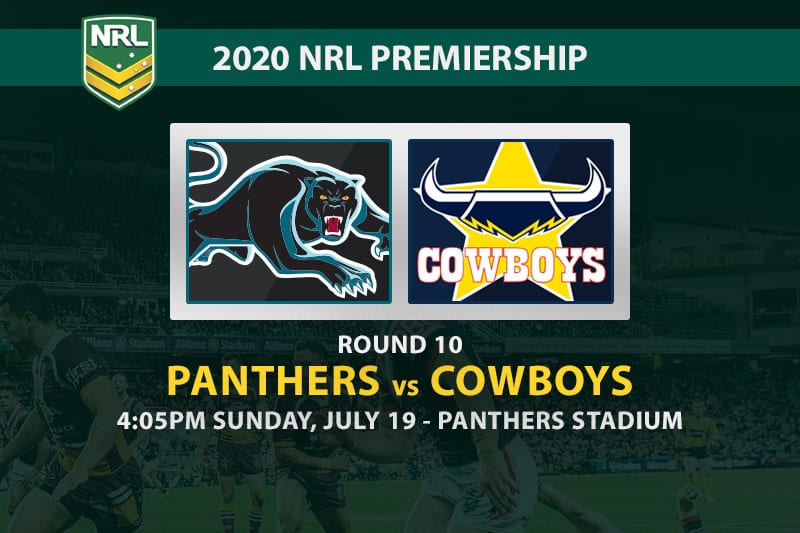 The Penrith Panthers sent a statement last week about their ability to be ruthless, while the North Queensland Cowboys folded like a deck of cards against the Roosters once they missed a chance to go 8-0 ahead.

Everything suggests Penrith will run up a cricket score and many would be surprised if they didn’t.

The Cowboys have conceded scores of 42, 36 and 37 on their last three trips to New South Wales, as well as giving up 42 points to the Roosters on their home ground.

Their defence has been nothing short of shambolic and the Panthers just ran up 56 points in a riotous performance over Cronulla, so Cowboys fans might be watching this one with zero expectations.

The visitors are paying a heavy $6 just to scrape across the line, while the Panthers are at an unbackable $1.15.

To tip the scales even further in Penrith’s favour, it will be their first game back at Panthers Stadium since their win over the Roosters in round one.

Both Stephen Crichton and Brent Naden have crossed the stripe first in Penrith games this season, and you can get $10 and $8 respectively for one of them to score the opener on Sunday.

The Cowboys are missing most of their first-string spine outside of Reece Robson and will struggle mightily to score any points.

If you believe in Penrith’s defence, which has been stingy when it’s mattered in the last few weeks, there is a $10 return on offer if you think they can hold the Cowboys scoreless.

The Panthers beat the Sharks by 32 points last week and there is $13 on offer if you believe they will win by 31-35 points here, which might be worth a cheeky Stuart Diver considering where both teams are at.

Best bets for Panthers vs Cowboys