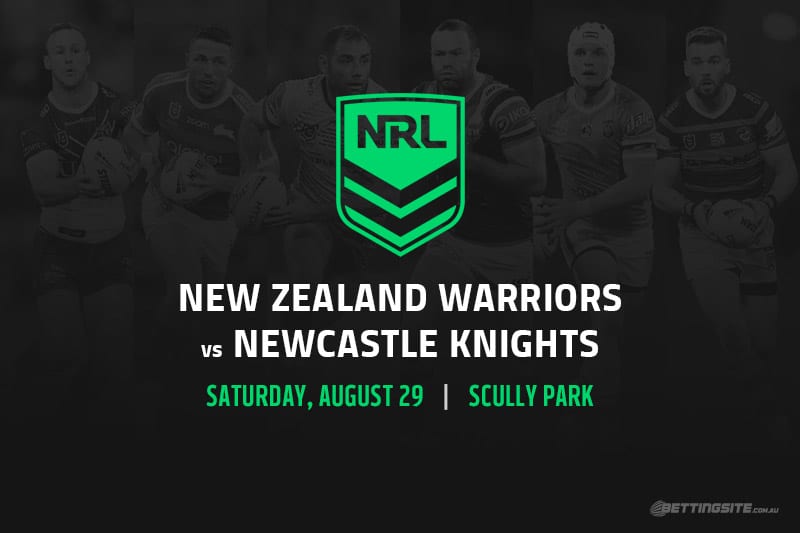 The New Zealand Warriors will take their home game to Tamworth this week to thank the community for hosting them when they entered Australia for the restart of the 2020 NRL season.

Shooting for their fourth straight win, the Newcastle Knights will once again try to figure out a new playmaking spine on the fly following the knee injury to Blake Green.

It feels like it should be a home run for the $1.45 favourites, but they are picking up the pieces after another key injury and now face a team who are 4-5 under interim coach Todd Payten.

Newcastle played out the remainder of the game against the Cowboys with a reshuffled backline, and the lack of cohesion showed as they struggled for any kind of fluency in attack.

Taking them for a 1-12 win at $3.10 feels like the way to go for this, unless Kalyn Ponga has one of those days where he decides to turn it on.

The Warriors have shown in recent weeks they can use the ball effectively with some nice second-phase play against some teams who are closer to them on the ladder.

Against teams currently in the top eight, however, they have scored an average of seven points per game, which includes being held scoreless twice.

The Knights are paying $21 to keep the Warriors to nil, but here is where we burst the bubble. Newcastle have never held an opponent scoreless in consecutive weeks, so one could argue that price is not generous enough.

Mitch Barnett’s name isn’t one that normally gets thrown around in the first tryscorer betting, but he is currently one of the form lock forwards in the competition and could be a great roughie at $41.

Ponga at $13 will get a ton of attention, as will Newcastle’s newest favourite Queenslander, Enari Tuala, at $12.

Best bets for Warriors vs Knights