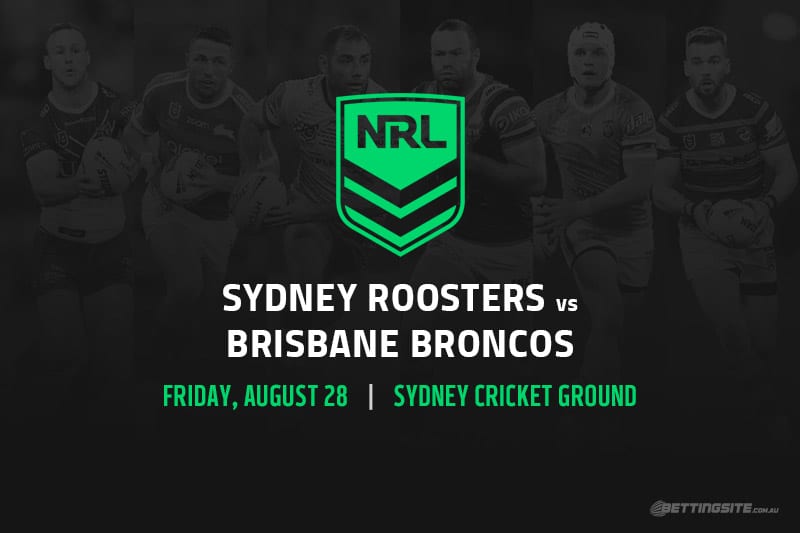 The slow death march that was Anthony Seibold at the Brisbane Broncos has finally come to an unceremonious end.

Records are going to be shattered one way or another, with the Broncos paying a jaw-dropping $13 in the head-to-head market.

Earlier this season against the Sydney Roosters they were at the longest price in their history to win a game, and that score line blew out to 59-0.

You can expect that price to move out even further in the lead up, and this may be a rare occasion where we don’t try to talk ourselves into the ‘beware the team with the sacked coach’ theory.

If ever there was a ‘get healthy’ game for a contender battling the attrition of a footy season, this is the perfect scenario.

Boyd Cordner returns for Sydney after a few weeks off and Daniel Tupou is back on the wing, but it will still be a few more games before Luke Keary makes his comeback.

To try and even talk about Brisbane seriously winning this game is insulting, as their team list looks like a ‘break glass in case of emergency’ deal.

While Tom Deardon has shown promise at halfback, the only strike weapon in their backline is Kotoni Staggs.

They have a half playing hooker and a 33-year-old former union player in the back row.

The Broncos will get beaten by the length of the Flemington straight, so we might as well look at some fun bets to make the best of a questionable Friday night fixture.

The $5 on offer for Roosters -40.5 doesn’t even feel silly. We guarantee punters will throw some crazy lines out for this one and have a field day.

Over 46.5 total match points almost feels a certainty. If only you could same-game multi that with Brisbane to be held to nil…

Speaking of that market, $6.50 is an insanely short price for a team to be held to nil, but it also feels fair when you consider the class disparity.

Best bets for Roosters vs Broncos

Sydney Roosters to win to nil