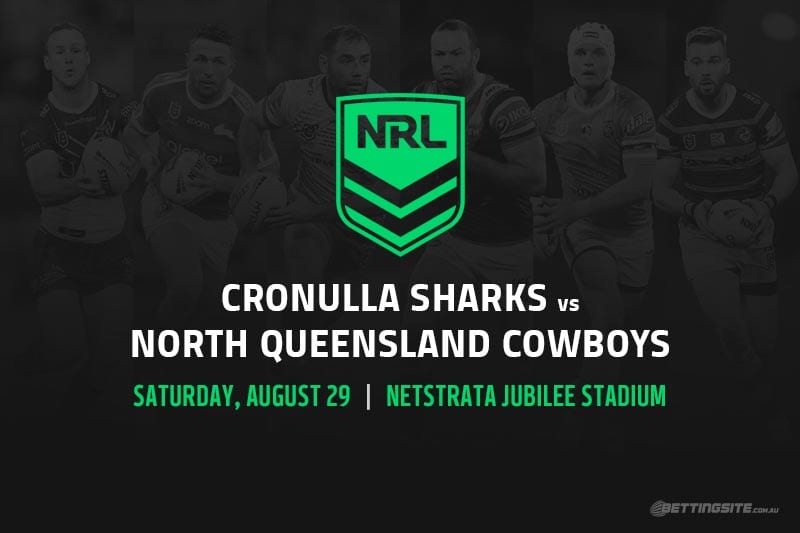 It seems to be a round of extremely short figures in the head-to-head NRL betting markets, but the $1.27 on offer for Cronulla against North Queensland is understandable.

The Cronulla Sharks have endured two heavy losses to Penrith and a two-point defeat to Parramatta since round six, but they have taken care of business in every other fixture in that timeframe.

Unfortunately for them, the focus is more on the thrashings at the hands of the Panthers rather than the consistent winning they’ve done in the last 10 weeks.

Importantly, Cronulla have named Shaun Johnson to start at halfback, and he is the horse that drags this wagon.

When he plays, the Sharks can score against anybody. Without him, they lack any type of consistent ability to break down an opposition defensive line.

The North Queensland Cowboys have struggled mightily to defend well in New South Wales games this season, but they did hold Newcastle to just 12 points last Sunday.

The only issue with that was they were held scoreless themselves.

They are still an outside chance of winning the wooden spoon (you can get them at $5.50 in that market) and have conceded scores of 42, 37, 36, 22 and 30 away from Townsville this season.

Valentine Holmes returns for North Queensland on the wing, but the $13 he is paying to score the first try doesn’t feel realistic.

Sione Katoa on the right wing for Cronulla is paying a short $8.50 for good reason, while the big unit Braden Hamlin-Uele can fetch a return of $26 to open the scoring for the fourth time this year.

Best bets for Sharks vs Cowboys