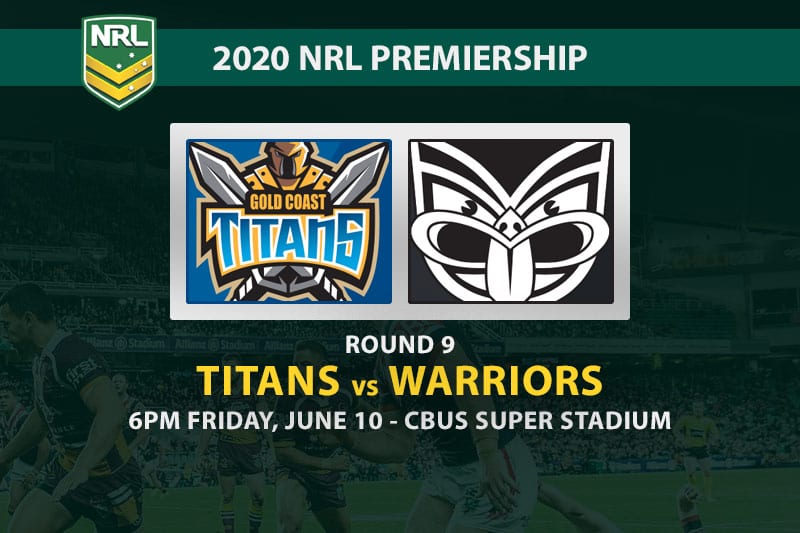 Read this sentence carefully: The Gold Coast Titans are absolute morals to win this one. And no, we haven’t entered a completely different universe.

The New Zealand Warriors playing away from the Central Coast this season have lost every game by an aggregate score of 156-24.

Their issues are well documented and as long as they continue to prove difficult in Gosford, no one will be too hard on them.

For those reasons, you have to think the Titans will win their third game of the season in Friday night’s clash at Cbus Super Stadium.

It’s almost hard to believe, but most NRL betting sites have these two sides around $1.90 apiece in the head-to-head betting.

You can expect the Titans to shorten over the course of the week, so Gold Coast backers should get on as early as possible.

Although neither of these teams are playing finals in 2020, that doesn’t mean this game can’t be good fun. It could be a disaster too, but it could also be a 30-28 try fest that kicks off the weekend in fantastic style.

While neither club can say they are clinical attacking outfits, the over/under of 42.5 points is generous for those who believe the bad defence will create a few more tryscoring chances.

One exotic market that might tickle the fancy of a few punters is the exact points for either team. If you believe the Titans will score exactly 28 points, you can get $14.

Considering how weak the Warriors defence has been on the road this year, that mark is well and truly in play. It’s not too high a number but one the Titans are capable of hitting.

Best bets for Titans vs Warriors