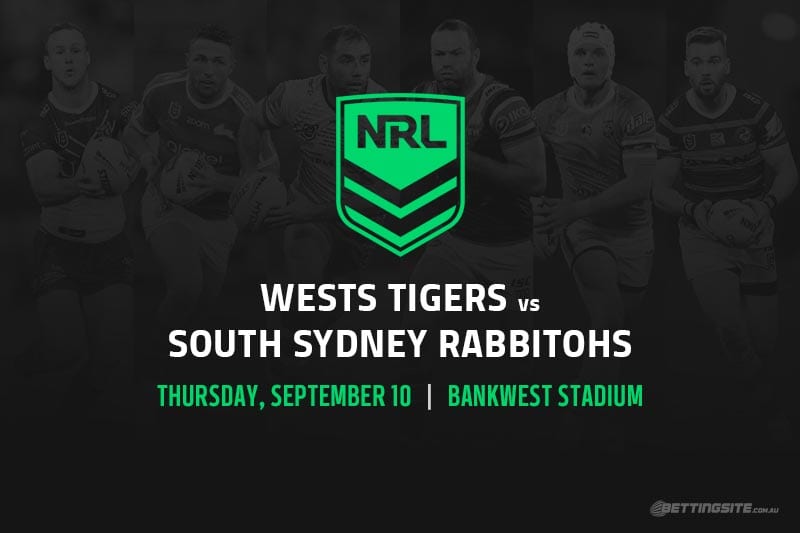 This looks to be a straight-up slam dunk for the South Sydney Rabbitohs.

While they will feel like they let go of several chances to defeat Melbourne last week, they will also take away plenty of positives from that clash.

The Wests Tigers mounted an outrageous comeback to beat Manly after trailing 32-18, but it papered over a lot of cracks moving into the final rounds and beyond for this team.

The $1.40 price for Souths is more than justified given they have won five of their last six games and had the Storm on the ropes for large portions of their contest.

The $3.25 for the Tigers will be a price punters steer clear of, as Michael Maguire’s men will more than likely regress to their mean after the highs that were the final 11 minutes against Manly.

The return of Dane Gagai for the Rabbitohs means their back line will be rejigged to accommodate Corey Allan in his more favoured position at fullback and Alex Johnston on the left wing, where he has had plenty of success in his career.

The $2.40 on offer for a Souths 13+ win will get the most attention for this clash, and rightly so, as will David Nofoaluma as an anytime tryscorer at $1.80 for NRL same-game multis.

Johnston has 14 tries from 16 games this season and has scored more than one try in each of the last three games where he’s crossed the whitewash, so the $5.50 to score two or more tries is a goer.

If you want to look at the Tigers in the first tryscorer betting, Adam Doueihi at $21 could be a good chance coming up against the inexperienced Steven Marsters in the centres.

Best bets for Tigers vs Rabbitohs