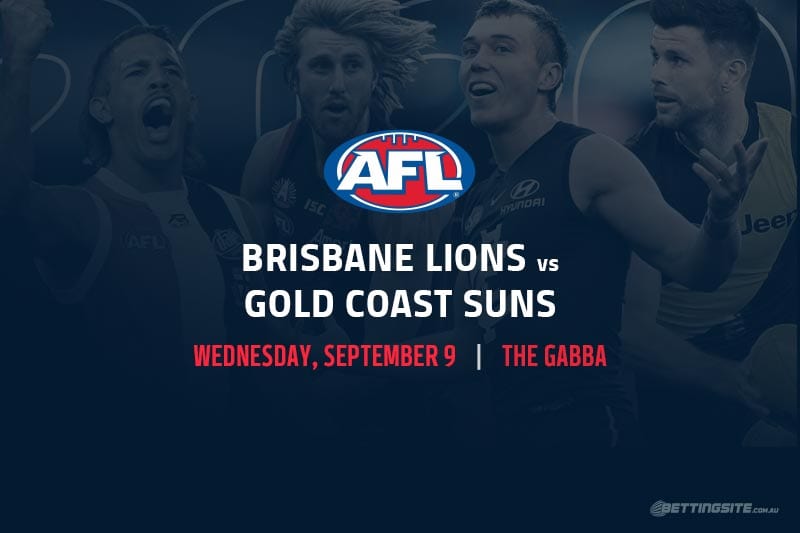 You won’t find a more important game in round 16 than the 19th Q-Clash between the Brisbane Lions and Gold Coast Suns at the Gabba this Wednesday.

The Lions must win this game to keep their top-two chances alive, as Geelong overtook them on the ladder after a big win over Essendon on Sunday.

Although the Suns are out of the finals race, the young squad is playing for pride and would love to upset the arch-rivals.

The biggest talking point will be Harris Andrews missing with a six-week hamstring injury, which will give Ben King more freedom inside 50 for Gold Coast.

Jarrod Harbrow is fit to come back in for the Suns after out on their big win over the Kangaroos in round 14, while they suffered no reported injuries.

Jack Lukosius has bloomed into a very capable defender for the Gold Coast Suns in his second season. He is a storng intercept marker and takes the kick-ins for the Suns, where he loves to play on and pick off targets. The Lions are the least accurate team in the AFL by a landslide, which will give Lukosius extra disposals when he kicks out from full back.

A nagging knee injury has kept Charlie Cameron to one goal in his last four games, but that won’t stop him when he faces the Suns. Not only does Charlie love kicking goals at the Gabba, he has kicked 10 goals against Gold Coast in his last three matches, including a six-goal haul in their most recent clash. Cameron will use this contest to build is confidence and momentum heading into the finals.

The Lions are more than good enough to win this week, but we believe the Suns will put up a fight and make the premiership contenders work for their victory. The Gold Coast forwards have never looked better, while the Lions will miss Andrews dearly. A strong performance in the midfield from Lachie Neale and Dayne Zorko will see the Lions win this heated clash.