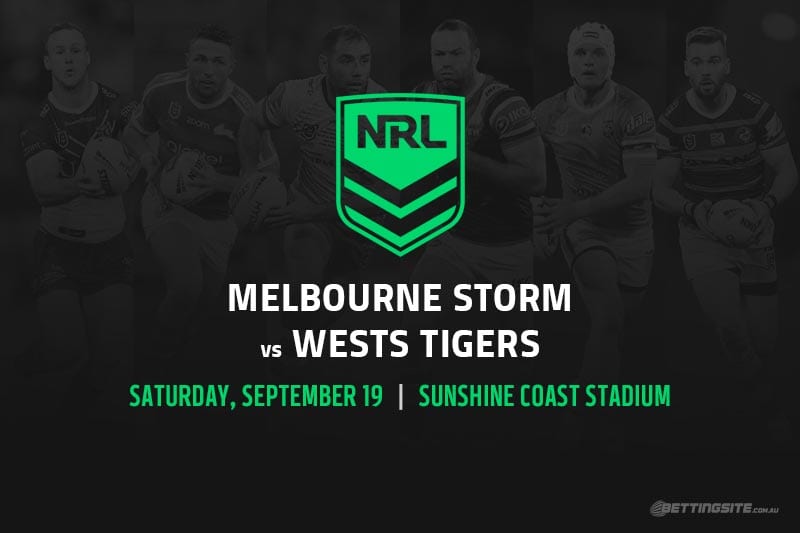 As the Wests Tigers’ finals drought heads into a 10th year, it’s easy to see where they continue to get it wrong.

In their last eight games they’ve failed to hold any opponent to less than 26 points, and that includes a Bulldogs side who average just 14 points per game.

The $6.50 they are paying to defeat the Melbourne Storm might as well be $60.

Craig Bellamy and co. are gunning for an 18th straight win in Queensland dating back to 2017 and should have no dramas with this one, hence the $1.14 price.

Ryan Papenhuyzen will spend another week on the sidelines, but that just gives Nicho Hynes a chance to strut his stuff in the fullback role.

Brandon Smith is named in the extended squad as he continues to race against the clock to recover from a broken jaw, and he is the only missing piece in Melbourne’s forward pack.

The Storm are $1.62 to win by 13 or more points and should do so comfortably, as the gap in class between the two teams is not a crevice but more like the Grand Canyon.

Josh Addo-Carr is more than likely headed back to Wests next season, by all reports, but the $2.80 on offer for him to score two or more tries will have plenty of money thrown down on it.

The Tigers have struggled to defend on the right edge for most of the season, and Melbourne are ruthless down that side.

Addo-Carr will get more than a few chances, and the $10 for Justin Olam to score the game’s first try also makes a ton of sense for some value.

The Storm’s right defensive edge went to sleep early last week against the Cowboys and allowed them to score the first points, which makes Tigers winger Asu Kepaoa a dark horse to cross the stripe first at $15.

Best bets for Storm vs Tigers