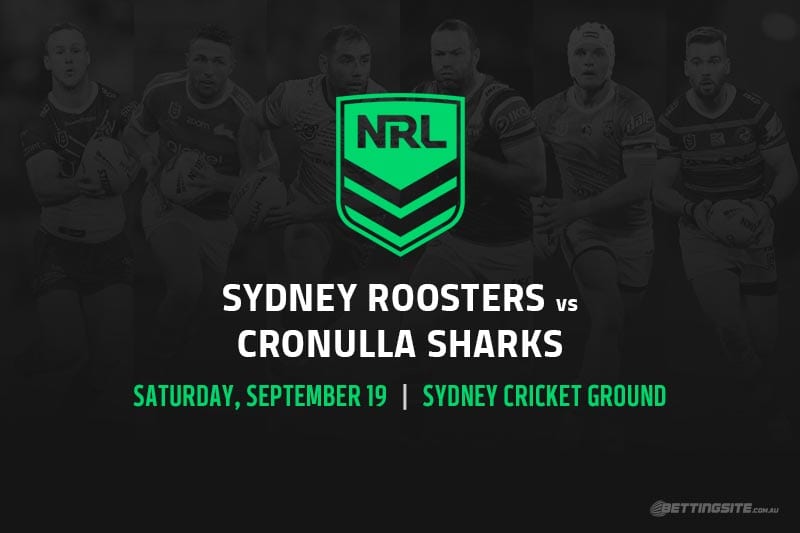 The Cronulla Sharks looked as if they were going to blow a 12-0 lead against the Warriors last week, but they rallied late to secure their place in this year’s NRL Finals Series.

Had they lost that game, fans and experts would have been predicting a bash up this week against the Sydney Roosters, which might have meant missing the top eight all together.

To show you how fancied the Roosters are, the Sharks are paying $7.50 in the head-to-head market when the Tigers, who have to travel interstate and aren’t playing finals, are $6.50 against fellow top dog Melbourne.

The Roosters love piling on the pain at the SCG, as they showed against Newcastle last start, and if they are in the same type of mood, the $1.53 is the easiest money you’ll ever get for a 13+ win.

The Chooks could flex their muscles with Jared Waerea-Hargreaves back in the starting line-up, so the $3 for Sydney at the -24.5 start will attract plenty of interest.

One other option might be to roll a few of these hot favourites into a multi of 13+ margins, or you could take the -24.5 start for both the Chooks and the Storm and get a juicy price of $9.80.

Cronulla will still be without Wade Graham, who is their most important attacking player outside of Shaun Johnson.

The Sharks have scored plenty of points in 2020 but struggled badly in defence, so you’d like to think the overs on 44.5 total match points is well and truly in play.

Josh Morris crossed first last week for Sydney, even if it was a little controversial, but the $10 on offer for him to get score the opener against his former club will receive plenty of attention.

Daniel Tupou at $3.30 to score two or more tries also makes a lot of sense.

Best bets for Roosters vs Sharks