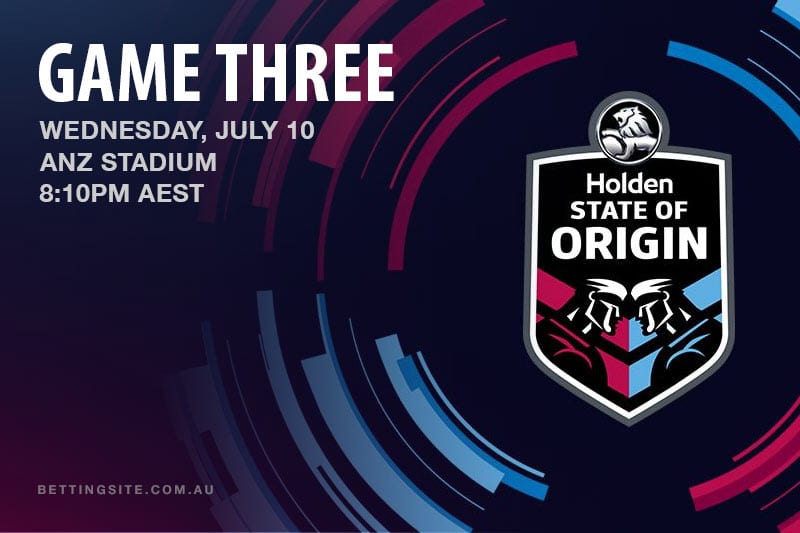 The scores are level, but it’s New South Wales who bring all the momentum into Wednesday’s State of Origin 2019 decider.

The Blues were electric in game two at Optus Stadium, bolting out to a 38-6 win to set up a fascinating finale in Sydney.

Injury and suspension have forced NSW coach Brad Fittler to make a few changes, but there are plenty of players knocking down the door with their NRL form.

For Queensland, this week is about leaving the past in the past and setting up for Origin III as though it is anyone’s game.

The Maroons were the better team in Brisbane and got the result they deserved – a fact Kevin Walters will have drilled into his Maroons over the past few days.

The big question is whether they have the personnel to match the kind of display NSW put up in Perth.

Nathan Cleary is out after injuring his ankle in WA, which sees Mitchell Pearce reclaim the no.7 jersey. David Klemmer replaces the suspended Tariq Sims, although it is unclear whether the Newcastle forward will start on the field. There is no sign of Latrell Mitchell, with Parramatta star Clint Gutherson named as 18th man.

Kalyn Ponga’s absence sees a reshuffle in the back half, with Cameron Munster moving to fullback and Corey Norman making his Origin debut at five-eighth. Joe Ofahengaue starts at prop in place of Dylan Napa, while Christian Welch joins the bench and Jarrod Wallace drops out. Ethan Lowe is on standby for Matt Gillett, who has a sore groin.

Tom Trbojevic was the hat-trick hero in Perth, so you can bet the Maroons will keep a close watch on the centres in game three. That might leave some room around the edges for Addo-Carr, who scored a brace of his own at Optus Stadium.

If Queensland stage an upset on Wednesday night, there is a very good chance Gagai will have something to do with it. The South Sydney utility is a tryscoring machine in Origin footy has spent some time on the wing at club level in preparation for the decider.

This is shaping up as a battle of the playmakers. If NSW do what they did in Perth, they will win the series. But if the Pearce-Maloney partnership flops and the Maroons get some value out of Munster, Norman, et al, it might be a very different story. The Blues are favourites for good reason, but Queensland will improve and cover the line at least.