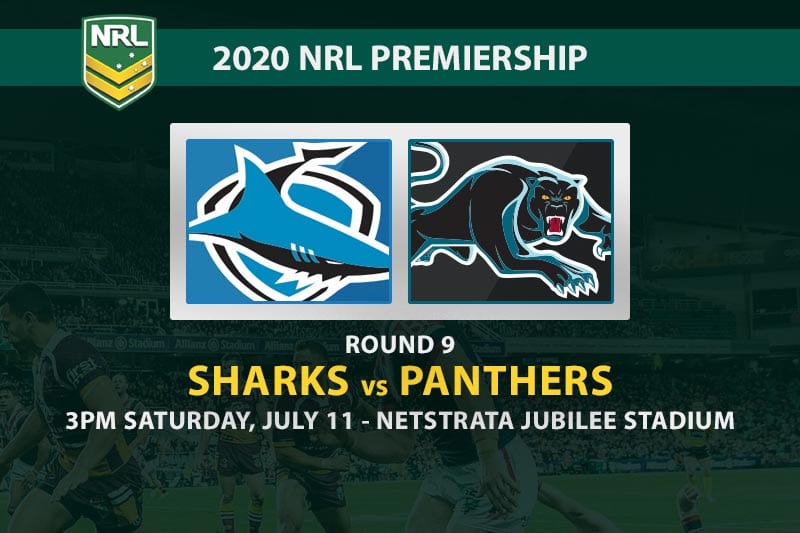 Make no mistake about it, this game should be an absolute cracker to kick off Super Saturday.

Not so long ago this appeared a certain two points for the Penrith Panthers, but three wins on the trot for the Sharkies will no doubt have them full of confidence.

Penrith head into the match as the $1.50 favourites, while the Cronulla Sharks have eased out from $2.46 to $2.60 during the week.

One certainty heading into this contest is Cronulla won’t be scoring 40 points for a third consecutive week.

Penrith are averaging just 11.3 points conceded per game since the competition resumed in late May and have moved from 16th in 2019 to first in 2020 with their completion rate.

They appear a more clinical and settled team, while many believe the Sharks are still flighty and inconsistent despite their recent turnaround.

The injury curse has once again struck Cronulla star Matt Moylan, with his troublesome hamstrings wreaking havoc and throwing a cat amongst the pigeons for the Sharks’ finals hopes.

Josh Dugan will move from centre to replace Moylan at fullback, meaning Bryson Goodwin will slot in at left centre.

There was a strange instance of multiple big men crossing the stripe for the Sharks last week, with Andrew Fifita, Royce Hunt and Bradin Hamlin-Uele each getting a four pointer.

Just out of interest, a three-leg same-game multi of that combination can net a price of $501. But enough of the fantasy.

The over/under of 40.5 points is difficult to gauge for this contest, with rain predicted in the lead up to kick off at Netstrata Jubilee Stadium.

Penrith haven’t scored more than 26 points since the competition resumption, but as mentioned earlier, their defence has been stellar.

Combining those factors, it might be time to get on the unders to boost the value of any multis, while the Penrith 1-12 option paying $3.10 also presents terrific value.

Best bets for Sharks vs Panthers