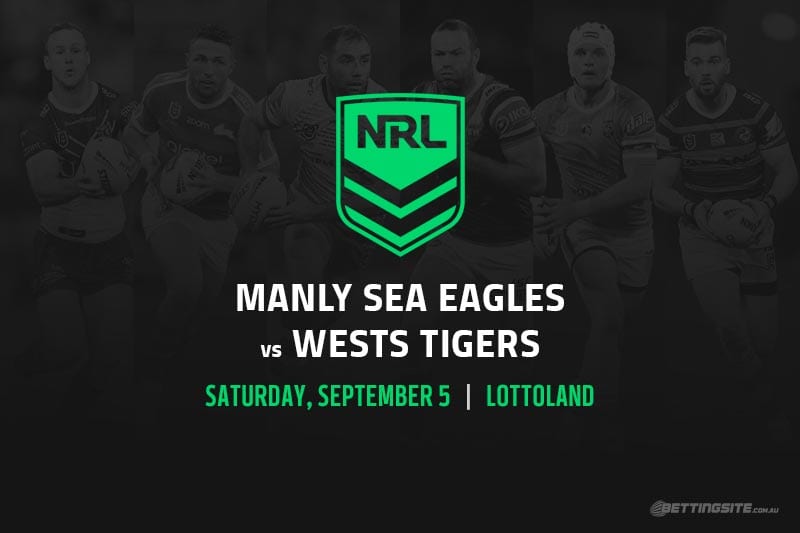 This is unlikely to be any Fibros vs Silvertails classic, but it’s important for both clubs to finish on the right note.

Both teams had expectations of playing finals in 2020, and for different reasons they will fall short of those pre-season goals.

The Manly Sea Eagles have shown the flaw of having a squad that is too top-heavy, as injuries to key players such as Tom Trbojevic, Dylan Walker, Addin Fonua-Blake and Martin Taupau have made it difficult for them to win consistently.

The ‘scrubs and studs’ list-building style is the opposite of Canberra, for instance, who have developed a more egalitarian squad with plenty of depth in key positions.

Meanwhile, the Wests Tigers have just been flat-out awful for far too long and wilted under the pressure once it all got a little too hard.

They are $2.35 outsiders this weekend, which is unacceptable when you consider they come up against a team who have a spare-parts back line and are missing Joel Thompson.

In their past six games, the Tigers beat only the Bulldogs by one point and conceded at least 26 points in all five losses across that period.

That form line would suggest you take the Sea Eagles at the $1.72 price, but they are lacking confidence as well after a five consecutive losses.

Much like the Bulldogs vs Titans game, this feels impossible to tip with any certainty, so why not get a little frisky and take the Sea Eagles 13+ at $3.75?

Despite their poor form, the bulk of punters will trust Manly far more than the Tigers.

Plenty of young guns have come to the fore in 2020, and Albert Hopoate at $17 looks a good option in the first tryscorer betting.