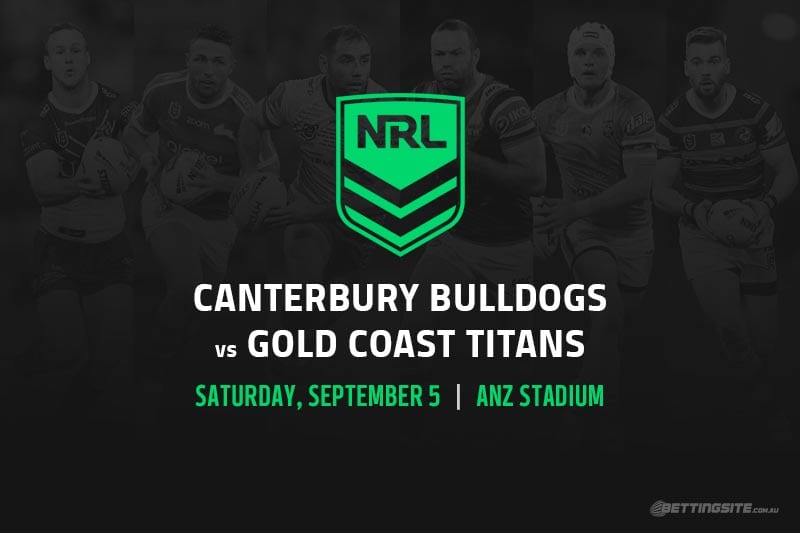 The Canterbury Bulldogs have had golden chances in recent weeks to get off the bottom of the ladder, but this might be their last chance to hand off the wooden spoon to someone else.

They are the $2.05 home underdogs against the Gold Coast Titans, who are $1.85 favourites on the back of their last-minute win over the Dragons last start.

The Bulldogs held late leads against the Tigers, Warriors and even the Raiders, but they failed to capitalise on any of those chances.

They only needed to get one win to put Brisbane in the dreaded wooden spoon position.

The collapse against Canberra had to be seen to be believed, as they conceded three tries while the Raiders were reduced to 12 men and gave up 22 unanswered points in the second half.

A similar thing happened against the Warriors, so a sneaky bet on the Bulldogs/Titans half-time/full-time combo at $8 is certainly worth considering.

The Titans, on the other hand, feel somewhat stable for the first time in about four years.

They’ve extended the contract of coach Justin Holbrook, they won’t get the wooden spoon and they are every chance of winning their sixth game, which seemed a million miles away in February.

Whatever the outcome for this contest, the score line should be reasonably close throughout.

With either team paying around the $3 mark for a 1-12 win, take the Titans and hope they can secure consecutive wins in Sydney for the first time this season.

Phillip Sami scored the first Titans try in each of their last two games, so there should be plenty of support for him at $13 to score the opener on Saturday.

If you like the Bulldogs to continue their good first-half form, look at Will Hopoate at the $21 price if you want a bit of value in the first tryscorer betting.

Best bets for Bulldogs vs Titans