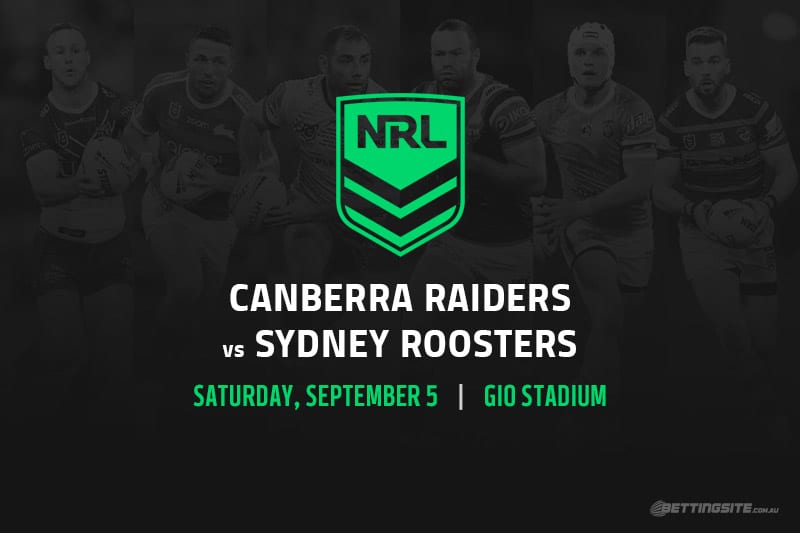 It might not have been mentioned yet, but this game marks the return of Sonny Bill Williams.

Like it or not, this guy brings a ton of attention, but there is plenty more to get excited about for this game.

In their last clash, the Canberra Raiders had just lost Josh Hodgson for the season and were at the highest point of their alarming injury toll.

Inspired by Josh Papalii, the Green Machine caused one of the boilovers of the year by winning 24-20 to break the Roosters’ 11-game winning streak at the SCG.

It’s such a shame there are restrictions on crowd numbers for this contest, as this would be close to a sellout under normal circumstances.

Canberra have won four of their last five games, with the 16-point loss to Penrith the only result which stands out.

The Sydney Roosters have had two ‘get healthy’ games in the past fortnight, and Luke Keary’s return means their back line is at full strength for the first time in months.

Once they get Angus Crichton back in the coming weeks, they will be able to field their best possible team for the 2020 season.

The general consensus is to look towards the Roosters at $1.47 for the win, but there is huge value in the Raiders at $2.85.

The last five games between these two clubs have all been decided by less than six points, so you can disregard the 13+ options in the margin betting and anything beyond 6.5 points at the line.

Daniel Tupou at $2.50 is going to be hard to beat for the game’s first try, but it is impossible to ignore Jack Wighton at $29 for the opener and $4.75 to score at any time.

Best bets for Raiders vs Roosters