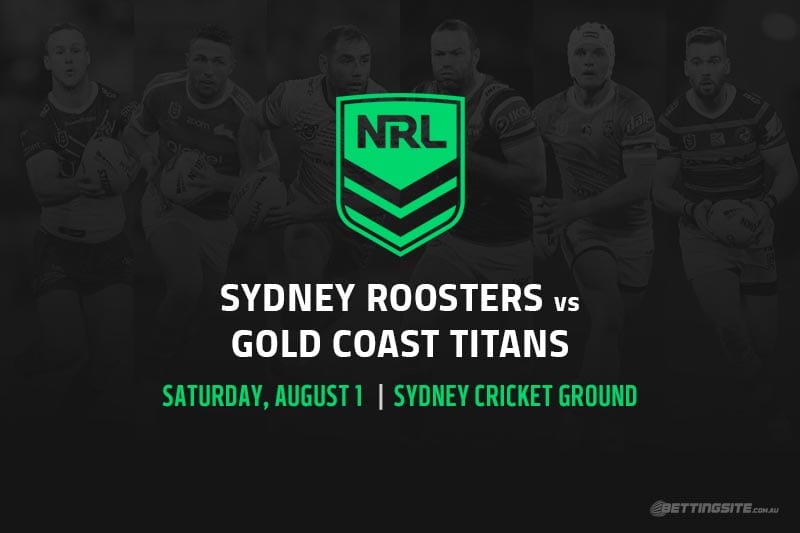 The corresponding clash last year resulted in a 58-6 thrashing in one of the darkest days in Gold Coast Titans history.

They head into this game as $10 outsiders, but their spirited eight-point loss to the Panthers suggests those odds might be too long.

The Sydney Roosters are down to their second-string back row, but such is their depth they can name 300-game veteran Mitch Aubusson and up-and-coming Sitili Tupouniua, who has already played two Tests for Tonga.

Against the Warriors, the Roosters showed a sense of vulnerability in that these games against lower-ranked opponents they should belt are hard to get up for mentally.

It means they still win these games, but purely by going through the motions and being in the habit of winning.

Realistically, putting 50 on the Titans or Warriors does nothing to enhance their premiership chances, but such games can hurt a team’s title prospects by putting key players at risk of injury.

One way to make this Saturday afternoon clash a bit of fun might be to look for a few wild handicap bets.

The line is set at 22.5 and the over/under is at a lofty 47.5. Everything points to a cricket score, which is appropriate seeing as the game will be played at the SCG.

Matt Ikuvalu leads the favouritism in the first tryscorer market, paying a skinny $7.50.

Best bets for Roosters vs Titans