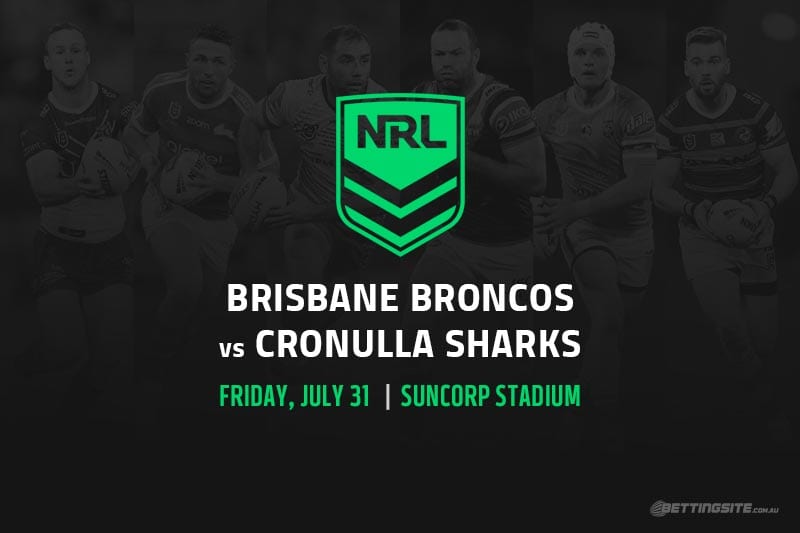 Considering the Brisbane Broncos have won just once in their past eight starts, the $2.50 head-to-head price for Friday’s clash with Cronulla at Suncorp Stadium seems awfully short.

To paint a picture of how bad their defence has been in 2020, in just 11 games they have conceded 337 points.

Compare that to their inaugural premiership season in 1992, where in 22 games they conceded a grand total of 311 points.

Conceding 30.6 points per game is abhorrent for any team, let alone the game’s flagship franchise.

The Cronulla Sharks come into this clash having quietly won five of their last six and rightfully hold the favouritism at $1.58.

They currently sit in seventh on the NRL 2020 ladder and could move higher up if they do what they should and win this game.

Newcastle missing seven regulars going up against Melbourne means the stars are aligning for Cronulla to climb.

Whether anyone begins to believe they can cause any headaches come finals time is another question.

The Sharks currently average 25.8 points per game, which is as good any of the best teams in the NRL era.

That’s all well and good, but conceding 22.8 points per game is about eight points too many for them to be considered any kind of threat.

The questionable defence won’t matter too much for this contest, with the Broncos averaging less than 13 points per game.

The over/under is set high at 44.5 points, and you feel the majority of punters will flirt with the overs.

The $9 for Sione Katoa to score the first try is a reflection of just how automatic Shaun Johnson has been on the right edge, having struck up a fantastic combination with his winger.

Briton Nikora at $21 presents a good opportunity if you like backing the outsider to score first.

Best bets for Broncos vs Sharks