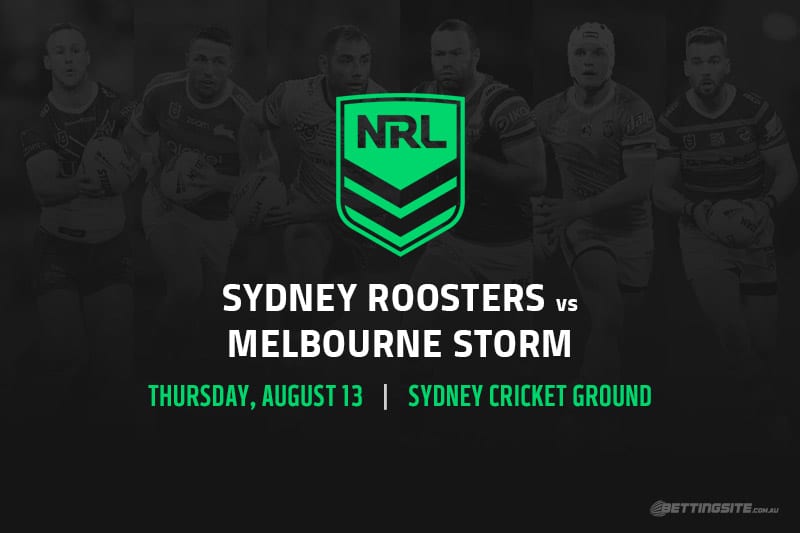 Remember the last time these two incredible clubs clashed on a Thursday night?

You only have to go back to round eight for what ended up being one of the most insane games of the NRL era.

With 10 minutes to go, the Sydney Roosters led by 10 before the Storm scored in consecutive sets.

With just three minutes remaining, Kyle Flanagan kicked a penalty goal to ensure the game would go to golden point.

In the next set, the Roosters managed to kick a field goal and take the lead with just 30 seconds to go.

The Storm then somehow got the ball back and Ryan Papenhuyzen kicked a field goal as time expired to lock the score at 25-all.

A penalty goal to Melbourne gave them one of the most improbable victories you’re ever likely to see, and it sets the stage for what is going to be a cracker despite big names missing for both clubs.

The Melbourne Storm‘s recent form is terrific, and it is hard to believe they are paying just shy of $3 in the head-to-head market.

Josh Morris, Jared Waerea-Hargreaves and Boyd Cordner are all expected to return, which definitely contributes to Sydney’s short price of $1.50, but the better value should you fancy the Chooks is to take the Storm at the +5.5 line.

Melbourne will be without their two best players in Cameron Smith and Cameron Munster, but they’ll get Ryan Papenhuyzen back at fullback.

Ryley Jacks is tipped to partner Jahrome Hughes in the halves, which feels light on points and should lead to plenty of punters taking the under 37.5 total points line.

Expect the usual suspects when it comes to the first tryscorer market in Suliasi Vunivalu and Josh Addo-Carr, but here is a good case for the Foxx.

The Roosters in consecutive weeks have conceded their first points down their right edge, while Addo-Carr sits on Melbourne’s left wing and is fresh off scoring two against the Bulldogs.

Best bets for Roosters vs Storm