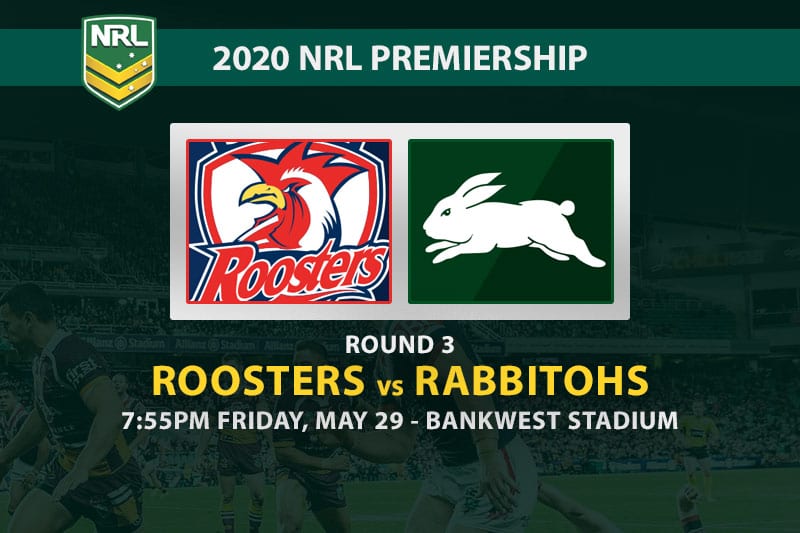 This clash rarely needs any huge storyline to get fans excited, but Latrell Mitchell’s first game against the club he won two premierships with should have the wider NRL public excited for Friday night footy.

Mitchell looked out of condition and out of his depth at fullback in his first two games for the South Sydney Rabbitohs, so much so that he spent some time on the sidelines during the round one clash with Cronulla.

The 10-week break should have been used as a good chance for Mitchell to work on his fitness, while it should surprise nobody if he turns it on against his old mob.

James Roberts may miss the clash after he returned from a stint at a rehabilitation facility during the break. His replacement would be Bryson Goodwin, who offers great experience and reliability.

The Sydney Roosters took a risk and rested skipper Boyd Cordner for the opening two rounds before the competition was suspended. Having not played since November, he should be fresh but will no doubt have a little bit of rust he needs to blow out.

In the post-Cooper Cronk era, Kyle Flanagan is going to need to learn quickly how to be a consistent NRL halfback if the Chooks are to challenge for a third-straight title.

After two losses to open the season, the Roosters can ill afford to lose a third game in a row.

Best bet for Roosters vs Rabbitohs

At $3.10 for the win, the Rabbitohs give punters tremendous value. Wayne Bennett teams always aim up when they encounter adversity.