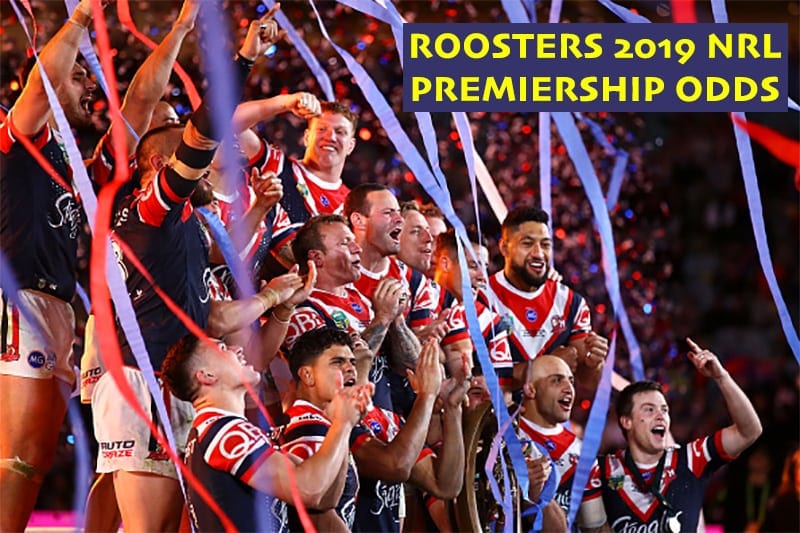 The Sydney Roosters are the $5 favourite at Sportsbet to become the first NRL club in more than two decades to win back-to-back premierships.

Cronk’s heroics against his old team immediately became the stuff of League legend, given he had to overcome a broken shoulder blade to take part in the match. In helping the Roosters win the flag, he had to overcome old teammates Cam Smith and the retiring Billy Slater.

History tells us the feat is almost impossible in the modern game. The last NRL team to win back-to-back premierships was the Brisbane Broncos in 1992-93.

The Storm became the first team in 25 years to make the grand final after winning the premiership the previous year, but failed at the final hurdle after starting the season as a $9 chance to go all the way again.

The Brisbane Broncos are second in the 2019 title betting at $7, the Melbourne Storm are $8 to bounce back and win a second premiership in three years and the South Sydney Rabbitohs round out the top four in betting at $9.

The Cronulla Sharks will have to overcome the burden of being supported by Prime Minister Scott Morrison to return to the finals and win their second flag in four years — they’re paying $13 and most will consider them a solid bet to make finals.

The bookies have placed Manly, Canterbury and Gold Coast in a race for the bottom — all three clubs are the deepest premiership outsiders at $26.