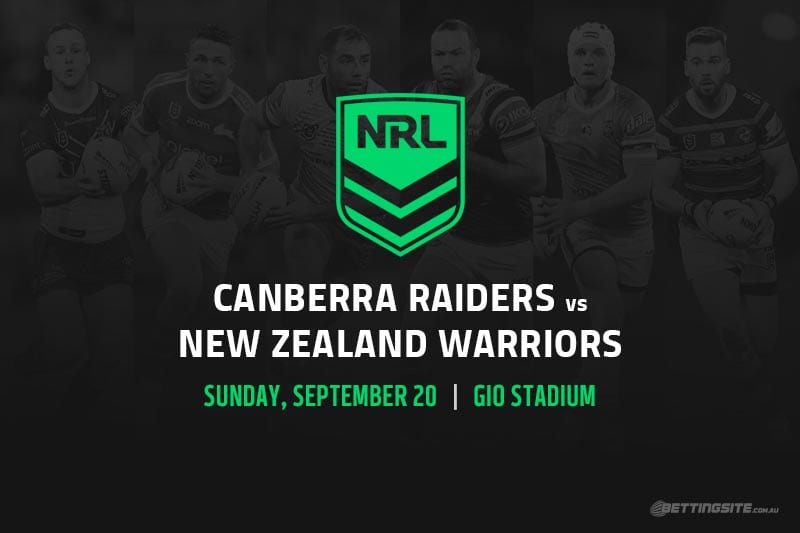 The little engine that could has finally broken down.

The New Zealand Warriors were chugging along and had overcome a 12-0 deficit to lead late against Cronulla, with the NRL finals the next stop on the line.

But a cruel twist of fate saw them fall off the tracks, with no hope of recovering and getting to the final platform.

NZ may be $6.50 to win down in the Australian capital, but it would be interesting to see what price they’d have been if their season was still alive.

If you think where the Canberra Raiders were nine weeks ago, a chance of a top-four finish was not where anyone saw them being with two games remaining.

Somehow they are an impressive 7-2 since losing star hooker Josh Hodgson, while they were only 5-4 in the nine games he played.

The Raiders have run up the score in recent weeks against bottom-eight opponents, but Warriors coach Todd Payten won’t let his men give a poor account of themselves now their season has effectively ended.

The Warriors get Eliesa Katoa back onto the interchange after an injury layoff, but former Raider Jack Murchie has been terrific in his absence.

NZ lack size up front with no Jamayne Taunoa-Brown or Daniel Alvaro, but they will find a way to make life difficult for Canberra.

Jack Wighton has scored doubles in three of his last four games, so the $8 for him to do so on Sunday afternoon is a fantastic price.

Nick Cotric is the hot favourite in the first tryscorer betting at $7.50, but the $12 for Charnze Nicoll-Klokstad should also be looked at seriously.

Best bets for Raiders vs Warriors