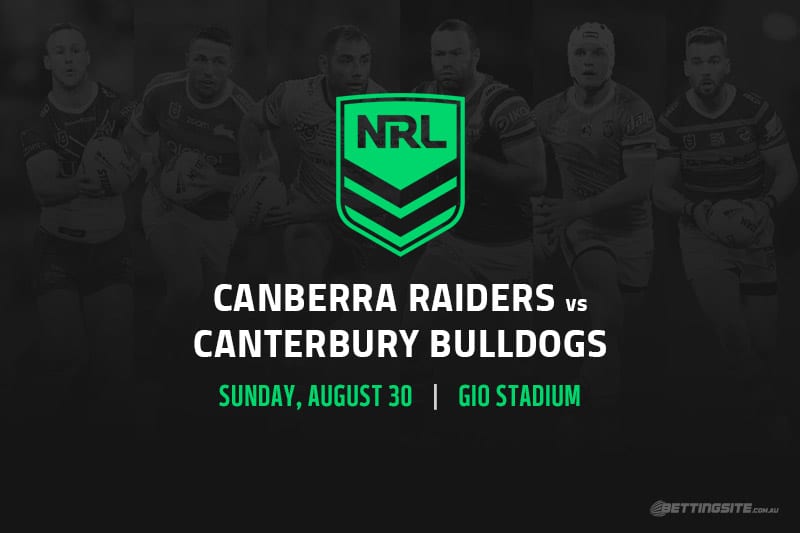 The Canberra Raiders have racked up 30+ points in their last two outings against the Broncos and Titans, and there is absolutely nothing to suggest the same won’t happen when they take on another straggler this week.

The Canterbury Bulldogs are at the long price of $7.50, while the Green Machine at $1.12 are almost unbackable.

Canterbury are trying another halves combination and have named Aiden Tolman to start at lock, an interesting move considering they have nothing to play for this year and he is off contract.

It was a perfect chance to try and play someone who might be around next year… but we digress.

Canberra have won four of their last five, losing only to Penrith while comfortably accounting for teams they should defeat.

It’s a very un-Canberra thing to be happening, but it is a great way to be playing with the NRL 2020 finals fast approaching.

The Raiders 13+ at $1.62 feels way too short to have any fun with, even if you’re putting it in a multi, so it might be better to look at some longer lines or combination bets.

Nick Cotric was the first try scorer for the Raiders last week and is a skinny $7 to cross first, but he will get plenty of attention from the punters nonetheless.

Jack Wighton’s running game netted him two tries last week, and he is paying $13 to bag another brace on Sunday. He is also $17 to score the opener, which is worthy of consideration.

Canterbury are almost friendless in this market, so there might be more sense in putting some money down on Raymond Faitala-Mariner at $5.50 to score anytime.

Best bets for Raiders vs Bulldogs