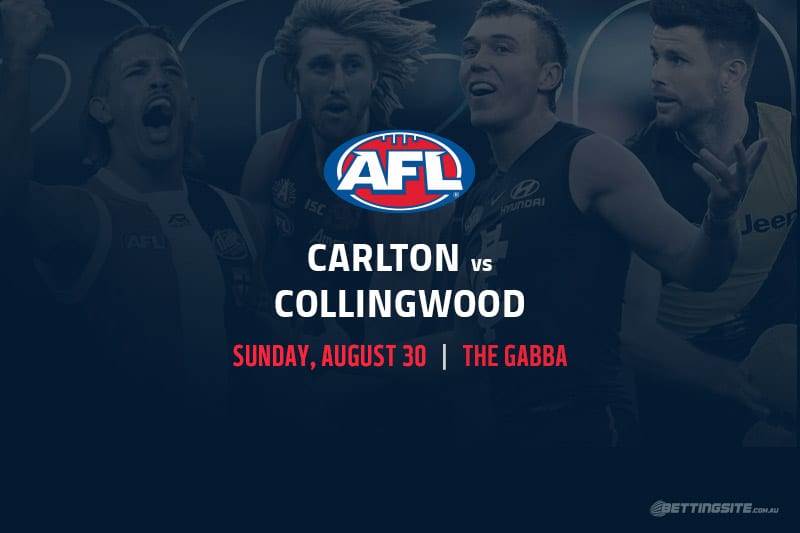 Two of the AFL’s oldest rivals will renew hostilities on Sunday afternoon when the Carlton Blues take on the Collingwood Magpies at the Gabba.

David Teague’s Blues are 6-6, putting them in 11th position on the ladder and a win outside the top eight with five matches to play.

Nathan Buckley’s Magpies overtook the Sydney Swans last week for the most players used this season, taking their tally to 39.

Now that Steele Sidebottom has left the bubble, the Pies must find yet another option for a midfield group that is still missing Adam Treloar.

Carlton duo Matthew Kennedy and David Cuningham may return to the squad this week, while Teague said Mitch McGovern is “thereabouts”.

A trio of Collingwood players are ready for selection, as Isaac Quaynor has recovered from his horror shin injury, Brody Mihocek is free from concussion and Jaidyn Stephenson played well in his second consecutive scratch match.

Mr Reliable in the back line for the Magpies, Jack Crisp has a tendency to lift for the big occasions. A loss this week would kill off Collingwood’s top-four chances, making this one of the club’s biggest games of the year. Crisp has a stunning record against the Blues and averages 18 touches per game this season.

Only two players have averaged two goals across the last four Carlton and Collingwood clashes. Charlie Curnow has been sidelined all season, so that leaves only Will Hoskin-Elliott. The speedy forward was very productive in the Magpies’ recent win against the Kangaroos, accumulating 19 disposals and kicking a goal. Hoskin-Elliott’s pace and aerial ability make him difficult to defend when the service is there.

Mason Cox hardly touched the ball last week, yet he was directly involved in three goals in the last quarter and helped fix Collingwood’s forward structure. With Mihocek, Stephenson and Quaynor possibly returning, the Magpies will field a strong side. This is a chance for Collingwood to remind everyone how good this team can be.